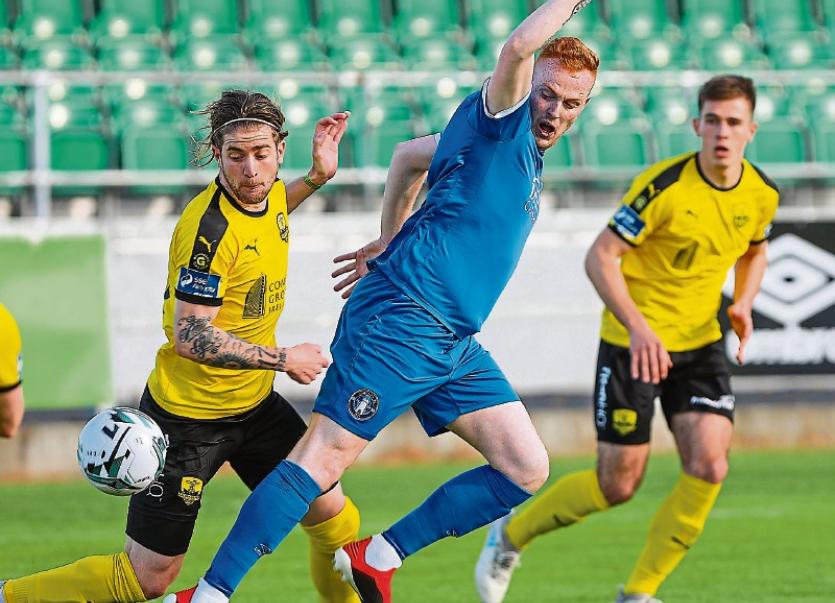 LIMERICK FC make their latest trip into the west this Friday night when facing Galway Utd in the SSE Airtricity League First Division at Eamonn Deacy Park, 7.45pm. Limerick were dumped out of the Extra.ie FAI Cup on Saturday night when suffering a 6-2 thumping at the hands of Premier Division Sligo Rovers at the Showgrounds.

A difficult night for the ‘Blues’ saw them finish with just eight players on the pitch after three players were red-carded, captain Shaun Kelly in the first half and Clyde O’Connell and former Sligo player Jason Hughes in the second half.

Afterwards Limerick FC manager Tommy Barrett said: “It is a difficult defeat to take considering we were two up.

“We started the game really well and we probably woke them up a bit by scoring too early!

“We came up with a plan to counter-attack and they were two fantastic finishes from Karl (O’Sullivan). He just needs to do that more often.

“But In fairness to Sligo they upped the tempo after we went two up and that did a lot of the damage,” Barrett told the Airtricity League website.

However, Limerick’s league form has dipped in recent weeks as the Blues have picked up just one point from a possible 15 in their last five league outings.

That point, secured in a 1-1 draw with Athlone Town last time out, ended a four-game losing run for the Blues in the league.

Limerick have won just one of their last seven games in all competitions. In contrast, Galway will go into Friday’s league game in upbeat mood on the back of their excellent Extra.ie FAI Cup second round victory over Premier Division Cork City at Deacy Park.

Limerick FC boss Tommy Barrett revealed recently that the squad has reduced its number of weekly training sessions each week from five to two.

Barrett said it was difficult for the players to commit to five training sessions since they had gone back to amateur status.

Limerick’s final two league games in the First Division are against Wexford at the Markets Field on September 13 and Shelbourne at Tolka Park eight days later on Saturday, September 21.