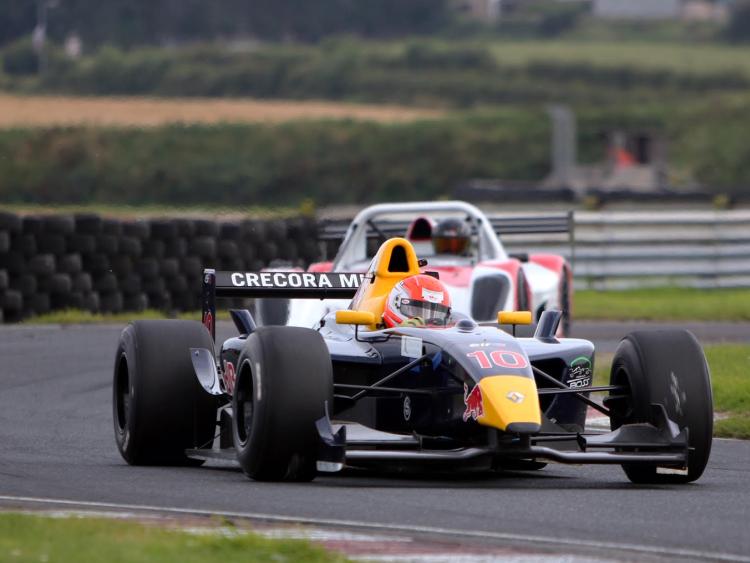 LIMERICK'S Paul O'Connell has won the 2019 Formula Boss championship with a round to spare.

The final weekend will be in Mondello Park on September 14/15 when the last race of the season will be followed by the Leinster Trophy race on the Sunday.

In round 9, O'Connell started on pole alongside Eamon Matherson and got the best start as he pulled away off the line but Matherson then went on to take the lead from the Limerickman at the end of lap one.

O'Connell tracked Matherson for a few laps before making the decisive move for the lead. He got a good run out of the hairpin to be on the inside through Debtors before braking late and sweeping past Matherson around Colonial. The Dallara had enough of a gap out of the chicane to hold onto the lead down the straight. Once he hit the front O'Connell started to open the gap over the following laps.

O'Connell managed his lead in the closing laps and won with a fair gap to Matherson in second.

In round 10, Matherson had a fantastic start to race two and launched the Jade straight past Paul O'Connell and into an early lead.

The battle for the lead was a truly epic race. Matherson had enough speed to hold off O'Connell at the end of the straight but every lap O'Connell tried to wring more speed from the Dallara.

Reaching speeds of nearly 180mph on the straights it would take some thing special to pass Matherson. O’Connell duly delivered with a super pass on the inside of the 150mph Debtors corner and made the move stick under braking into the next corner. Things went from bad to worse for Matherson as his car developed a misfire towards the end of the race which cost him dearly with Mansfield gaining a place too.