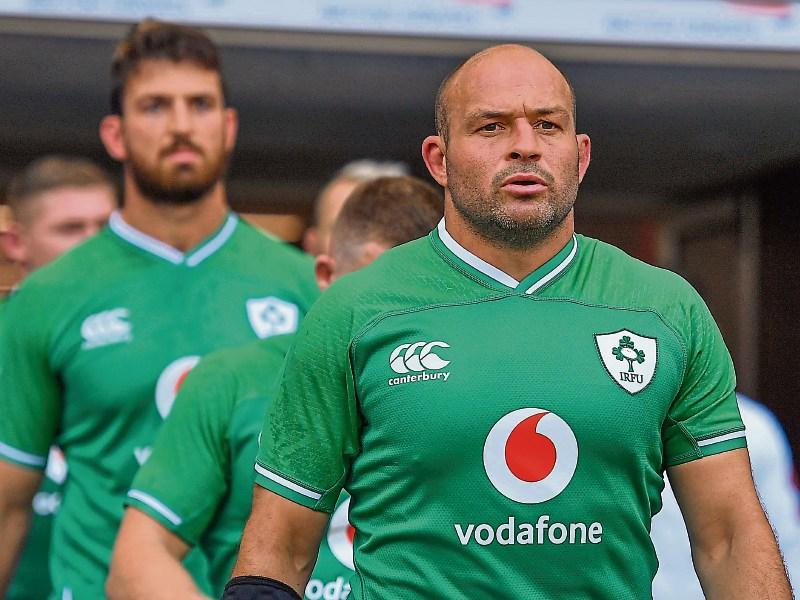 Rory Best is expected to get some gametime this weekend

Ireland take on Wales this Saturday at 2.30pm, with the result being the least of their many, growing, worries. Ireland's loss to England last weekend will soon be forgotten in the annals of history, but the impact it has on the Ireland squad in the coming week is going to define this current generation of players.

Once again Ireland are staring down the barrel of a World Cup, where they might just have mistimed their preparations.

Joe Schmidt's time as Ireland coach will not be tainted by a poor World Cup performance, it could very well be defined by it.

As the New Zealander leaves these shores, he will not want to be remembered as the coach who could not get across the line that is a World Cup quarter final.

Ireland, had they won on Saturday, would have been ranked as World number one.

These are the fine margins of professional sport. However, with the squad being named next week, there is a distinct lack of 'bolters' with arguably 13 of the starting 15 easy to name.

With a loss like England under your belt, the front line players will want to play again, to prove themselves.

But what of the 15 or so, who are second choice in Joe's eyes? Following a 57-15 defeat, there should be no ‘second choices’

Spots on the plane should be up for grabs like never before.

Sadly, that is not the case. Schmidt, to his credit, has always been a safe coach. Relying on his team leaders to get him out of trouble when needed.

However, when your starters don't perform, yet they remain on the side, the squad dynamic is in danger.

To keep a squad of 30 men happy, everyone must feel like they have a chance to play, or at the very least, the ones in possession of the jersey are playing so well, that there is no question about selection. Much like those aforementioned tournaments, Ireland are facing into a loss of form at the wrong time. Question now is ill Joe be brave enough to make the changes?