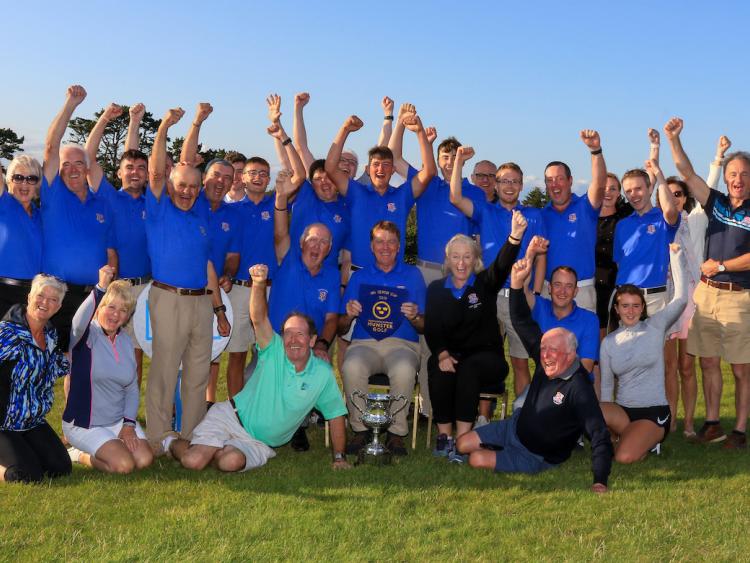 Limerick Golf Club have done the double, as they added the AIG Senior Cup title to the AIG Barton Shield win they had yesterday.  Solid play again proved to be the winning formula with all five of the players winning in either the semi-final or final.  (Report from Golfnet - see more here)

Limerick's Justin Kehoe set the pace, bringing in the first point on the 12th green.  The four remaining matches were a lot closer though, Limerick brought in a second point when Owen O’Brien won on the 19th, and soon after Ciaran Vaughan holed out a six footer on the 18th to win his match and give Limerick their second Munster Pennant in two days.