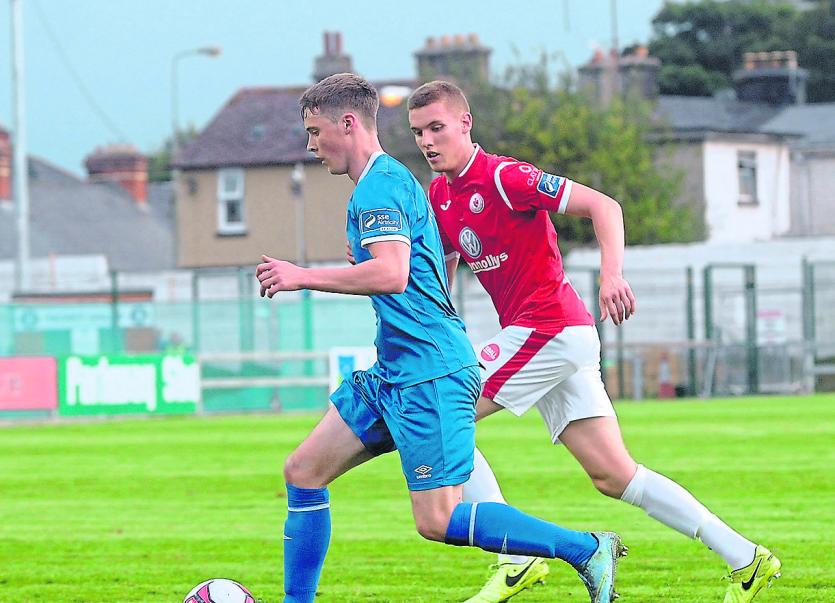 LIMERICK FC exited the Extra.ie FAI Cup with a 6-2 defeat to Premier Division Sligo Rovers before an official attendance of 1428 in the Showgrounds on Saturday night.

The Blues finished the game with just eight players as three visiting players were dismissed on the most dramatic of nights.

And all this after Limerick FC had stormed into an early 2-0 lead, stunning their top flight rivals with two terrific goals from Karl O'Sullivan.

Despite taking that early lead, First Division Limerick still trailed 2-3 to the Bit O'Red at the end of an incident-packed first half.

Tommy Barrett's charges might have been underdogs, but they took the game to their hosts from the outset and O’Sullivan showed terrific skill before producing a precise finish to fire Limerick into a 1-0 lead in the seventh minute.

Sligo pulled one back in the 24th minute when Romeo Parkes latched onto Cawley’s through ball before finishing clinically to the net across Brady.

Limerick man Ronan Coughlan then brough the Bit O'Red level on the half hour mark as he poked the ball home from close range.

Coughlan might well have had a second goal soon after, but Blues 'keeper Brady did superbly to save his spot kick.

Both sides were reduced to 10 players in separate incidents as firstly Sligo's Dante Leverock and then Blues defender Shaun Kelly were dismissed.

Sligo led 3-2 at half-time as Regan Donelon scored with a terrific free-kick for the home side.

The second 45 minutes was equally dramatic.

Sligo went 4-2 up soon after the restart when Romeo Parkes scored and then on the hour mark Dave Cawley made it 5-2. Limerick were facing an even bigger mountain to climb when Clyde O'Connell and former Sligo player Jason Hughes were dismissed in the 62nd and 65th minutes to leave the visitors playing with eight.

Sligo added another in the final quarter through Kris Twardek on 76 minutes to comfortably book their place in the quarter-finals of the FAI Cup.

It was a crazy night in Sligo as @sligorovers came from two goals down to beat @limerickfcie 6-2. Limerick claimed three of four red cards on the night.

Soccer Republic is on 7:25pm on @rte2 Monday while the quarter-final FAI Cup draw is on @rteradio1 at 8:35am #SoccRepublic pic.twitter.com/H82w9Oejwz