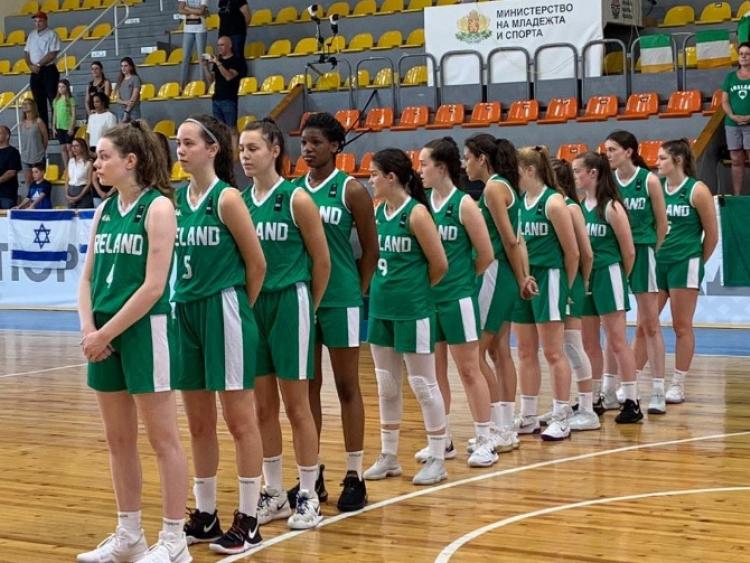 The Ireland U16 women's basketball side, including Limerick's Sophie Moore,  finished in 12th place at the FIBA U16 Women’s European Championship Division B in Sofia, Bulgaria after a 46-66 loss to Israel.

Israel stormed into an early ten-point lead with scores coming from Joy Osigwe and Emma Rinat. Ireland slowly settled and found their way back into the game thanks to scores from Sarah Hickey and Hazel Finn. The teams remained neck and neck right up to the end of the first quarter and were unable to be separated, 18-18.

Ireland were unable to break through Israel’s defence in the second quarter. Finn and Kara McCleane attempted to drive through to the basket on multiple occasions but great defensive pressure from the Israelis thwarted the Irish attempts. Ireland were held to just four points scored in the second as they saw themselves down 22-37 at half time.

Ireland emerged rejuvenated from the half time break and began to find scores that wouldn’t fall for them in the previous quarter. McCleane and Casey Mulvey hit big shots to fight back at Israel’s lead but scores from Rinat and Hila Karsh kept Ireland at bay going into the fourth quarter, 36-52.

The final quarter saw Ireland attack the Israeli basket with the help of McCleane and Finn. Ella O’Donnell and Hickey grabbed multiple boards for the girls in green but Israel’s scoring consistency meant that they stayed that extra amount ahead of Ireland, eventually running out victors, 46-66.