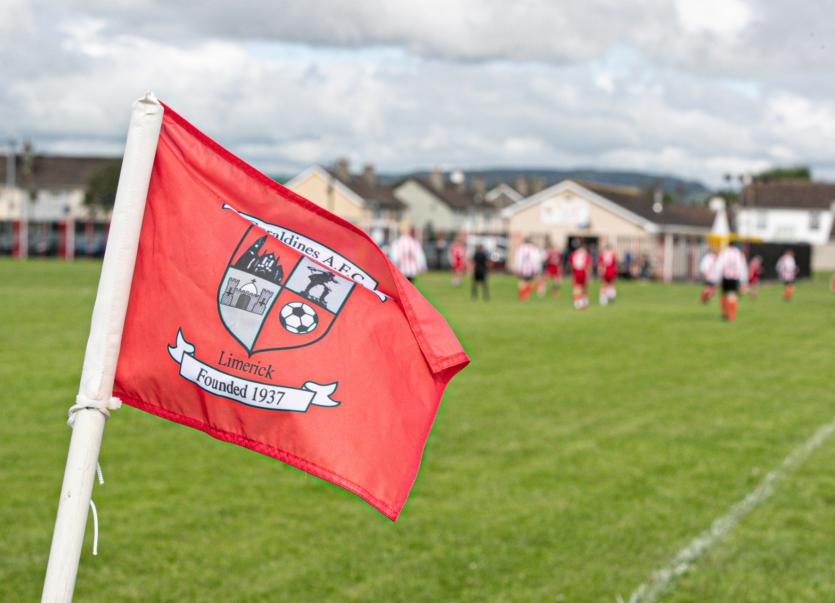 Pike Rovers 4 Coonagh Utd 1 Its a two way tie at the top of the Premier League after the fourth round of games with Pike Rvs and Ballynanty Rvs leading the pack by a point. Pike ensured they get to the top following a 4-1 win over Coonagh.

Hero of the day for Pike was Eoin Hanrahan who scored twice and forced an own goal in the opening half.

New signing Oisin Kelly set him up for the opener and Shane Walsh played him through for a second. A mazy run by the Pike wideman ended with a cross that was deflected to the net.

Ger Myles pulled one back for Coonagh before the break. In a rather subdued second half Pike added one more through substitute Pat Mullins to seal the win.

Balla kept up their charge but once again needed a late late strike to seal the points.

Pity poor Prospect who defended gallantly for 90 minutes with keeper Darren Glasheen making a host of super saves. Just when it looked like they would get their reward, a long ball played forward saw Shane Guerin gather and with a sublime overhead kick played in-form Adrian Power through. The former Boro player kept his composure to round the keeper to score the winner to the delight and relief of a large Balla support.

Champions Janesboro won again to remain just a point behind the front two.

New signing Pat McDonagh gave ‘Boro something to smile about with a superb debut that saw him score twice to seal the points.

Played in by Bradley for the opener the exciting from man scored a superb second leaving a number of defenders in his wake before tappng in.

Geraldines were brought back to earth when a very good Regional side beat them 4-1 in Garryowen.

The home side had the best of the early possession but were hit on the break when Shane Dillon opened his account.

Donal O'Connell added a second and before the break a superb third finished by Paul Sheehan ensured no comeback.

After the restart Kieran O'Connell netted from the spot before an injury to the midfielder marred a good day for the Dooradoyle club.

Fairview bounced back in style winning 3-0 on their trip to Nenagh.

Darragh Rainsford put Fairview on their way with a half time lead when keeper Duffy was unable to keep out a cross/shot.

After the break Rainsford moved joint top of the scoring charts with his fifth of the season and late on Paul Danaher headed home from Dermot Fitzgerald’s cross.

Aisling picked up their first points of the season with a 5-2 win over Kilmallock. Buoyed by the news of the imminent arrival of Shane Clarke, Aisling proved too good for the home side.

Killian Moloney and Aaron Murphy traded scores with Kilmallock’s Paul Moloney and Killian Lyons to see the sides level at the break. After the restart Aisling upped the tempo and goals from

Mark McGrath restored the Aisling lead and needed a penalty save by Jack O’Brien to retain it before Colm O'Reilly and Nathan O'Callaghan completed the scoring.