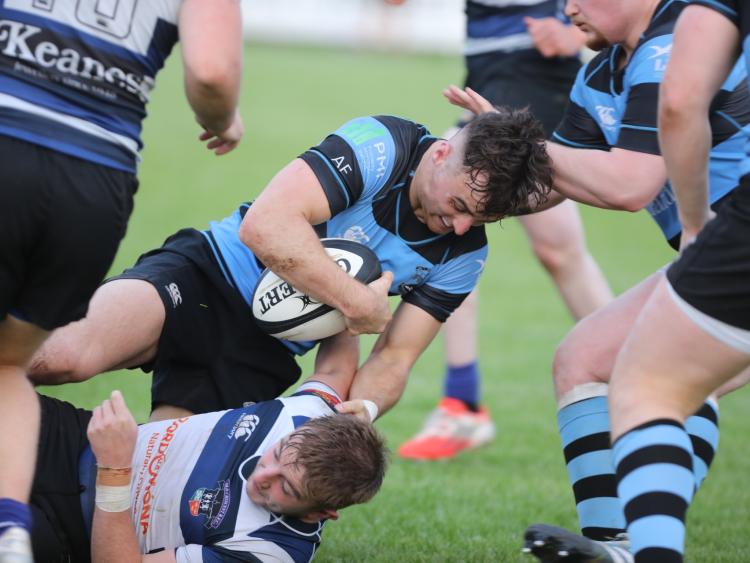 In the night's remaining quarter-final clash, UL-Bohemian succumbed 16-26 to Nenagh Ormond in Nenagh.

Old Crescent proved good value for their 20-14 victory over AIL Division 1B opponents Shannon who had a player red-carded after 30 minutes at Rosbrien.

Crescent led 6-0 at the break with two first half penalties from the boot of Ronan McKenna. The home side took full advantage of their numerical advantage in the third quarter adding two tries from Jack O'Neill on 48 minutes and Niall Hardiman six minutes later. McKenna converted both to help Crescent into a commanding 20-0 lead.

To their credit, Shannon showed admirable resilience to hut back with two tries of their own from Jamie McGarry, off a well-executed crossfield kick from Ben Daly, and a second try from Kelvin Brown. Daly converted both tries.

Indeed, Shannon had a sniff of pulling an unlikely victory out of the fire in added time only for a try-scoring pass in the left corner to be deemed forward.

Old Crescent will now face Bruff, surprise 6-5 winners over AIL Division 1A side Garryowen, in the Charity Cup semi-finals.

All the scoring came in the opening half. After Bruff had taken a 3-0 lead, Garryowen struck for the game's only try and a 5-3 advantage.

However, Bruff edged in front with a second successful kick before half-time and it proved to be the winning score.

Nenagh Ormond will face holders Young Munster in the second semi-final after the Tipperary side's 10-point win over UL-Bohs at New Ormond Park.

After Nenagh had stretched the home side into a significant 21-6 lead following their third try, the Red, Red Robins hit back with a try of their own from Mike Greene.

However, Nenagh Ormond wrapped up a deserved win with their fourth try of the game, before Jamie McNamara touched down for a consolation try for UL-Bohs.