No 'Bull' from John Hayes on Ireland's World Cup hopes 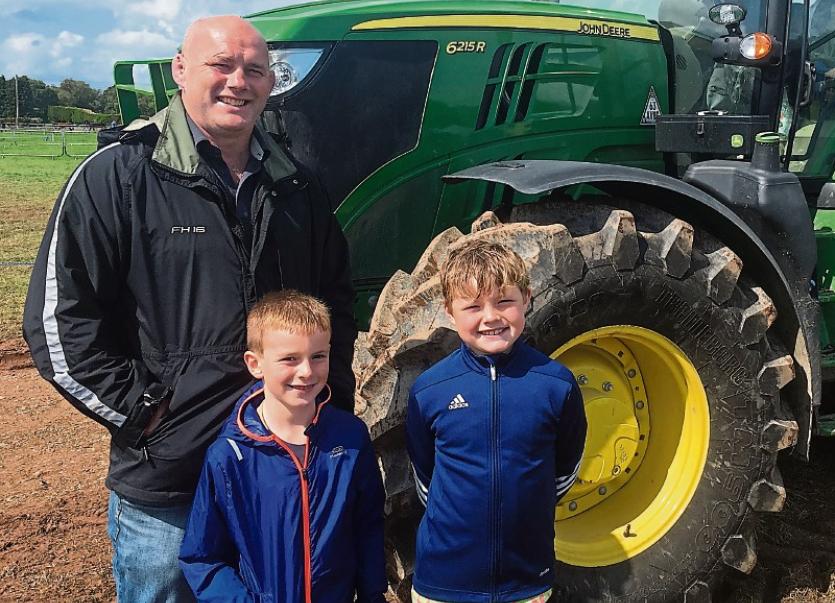 ALL THE talk at the 2018 Cappamore Show was hurling as the next day Limerick were taking on Galway in the All-Ireland final. Hopes were high that Limerick would reach the promised land and we all know what happened on August 19 last year.

With near neighbours and arch rivals Tipperary in this year’s decider hurling chat was kept to a minimum. So the perfect man to talk to was Lions, Irish, Munster and Bruff rugby legend John Hayes. The fact that his wife Fiona Steed, a fellow rugby great, is a proud Tipperary woman was another reason to keep the conversation to the oval ball!

He played in two World Cups in 2003 and 2007 and is looking forward to seeing how Ireland fare in Japan next month.

“It is actually so hard to know. Last year we would have been very confident and rightly so. We were going really well in 2018 and then the Six Nations happened and that is just putting a question mark over it.

“You look at New Zealand and they are not going that great (by their standards) so it really is open for four or five teams – England, ourselves, Wales, New Zealand – they will always be there no matter how good or bad they are going – and South Africa have really recovered from where they were two yeas ago under Rassie Erasmus. There are four or five teams there but we will definitely be there or thereabouts,” said John, who was accompanied by son Bill, aged 7, and nephew Edmond Blake, 9.

One of the mysteries of Irish rugby is how the Irish team - with stars like Brian O’Driscoll, Paul O’Connell, Ronan O’Gara and John in their prime - underperformed at the 2007 World Cup in France.

Twelve years on John doesn’t have the answer.

“No. People have even spoken about it this year - how the boys have changed from last year in 2018 when they were blowing everyone away. They came out against England in the first game of the Six Nations this year and just failed to fire. They never got going again and the whole Six Nations was a struggle. It happens and you don’t know how or why. You just have to hope now it doesn’t happen again,” said John.

But before they think about the World Cup the players must be selected and get on the airplane. John says the training at the moment will be “ferocious for everyone”. While some will be confident of going to the Far East John says you don’t ever want to be comfortable.

The “nightmare” he said is injuries and what happened to Joey Carbery and especially Wales’ Gareth Anscombe who damaged his anterior cruciate ligament.

“You have to play games. You can’t not play games. It is the unfortunate situation,” said John.

While he chatted to the Leader young Bill and Edmond waited patiently but they are well used to it. John may be retired for eight years now but everyone at Cappamore Show still wants to shake hands and chat to the legend that is The Bull.