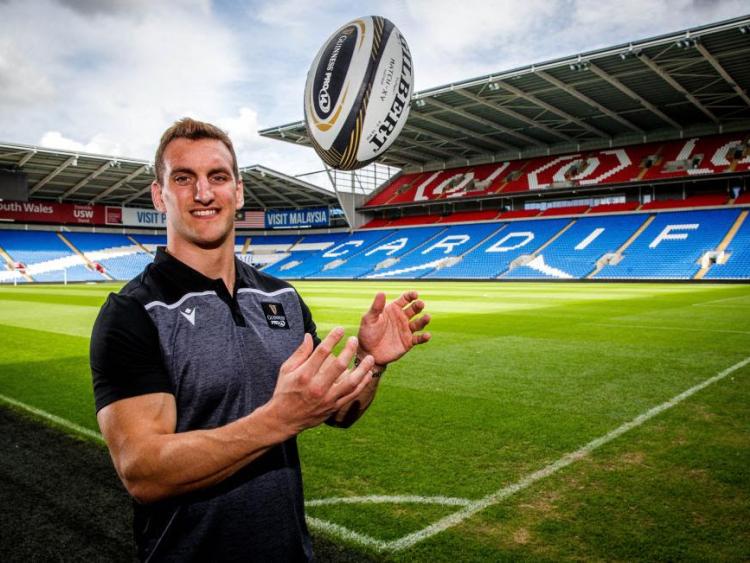 The Guinness PRO14 Final will take place on June 20, 2020 and will mark the first time that Cardiff has hosted the event in the era of ‘Destination Finals’.  The game has established a reputation as one of the most exciting events in the club rugby calendar with 14 teams from across Wales, Ireland, Italy, Scotland and South Africa all battling it out to reach the Championship decider at Cardiff City Stadium.

The Guinness PRO14 Final has enjoyed four record attendances in a row and now the Cardiff City Stadium with its 33,280 capacity promises to provide a sold-out spectacle that will create an incredible atmosphere.

Former Cardiff Blues flanker Sam Warburton is in no doubt that Cardiff City Stadium will provide an electric welcome for the two Finalist teams: "Rugby has always been a sport at the heart of Wales and having another world-class rugby event in our capital city is very exciting. I’ve seen a couple of matches in Cardiff City Stadium and the atmosphere can be electric with the right crowd – it’s going to be a great final whichever of the teams make it.

"Being a Cardiff boy myself, I could be biased, but it really is a great city with a great community. As the crow flies, the Cardiff City Stadium is under a mile from the city centre, so it makes a great location for fans wanting to make a day or a weekend of the event."

After much clamor to bring the Guinness PRO14 Final to Wales, Martin Anayi, PRO14 Rugby CEO,was delighted that Cardiff could play host the Championship’s biggest day of the season:
"We have long heard the voices of the Welsh fans who wanted to see the Guinness PRO14 Final take place here and it’s great that all of the pieces have finally fallen into place for 2020. Choosing Cardiff City Stadium as the location for next year’s Final allows us to aim for a sell-out event after four successive years of setting new attendance records.

"Bringing the Final to Wales is another move in making the Championship decider about supporters of rugby, not just fans of the teams involved, and we know from experience that Welsh supporters are the most vocal. Cardiff City Stadium also brings us to a football venue for the second year in a row after the tremendous success of our most recent Final in Glasgow’s Celtic Park.

"We are hugely encouraged by the enthusiasm of Wayne Nash and his team at Cardiff City Stadium because they are passionate rugby fans who are used to hosting world-class events in sports and entertainment and that experience will help make our final a big success.

"Although the stadium itself may be known for the round ball, Cardiff is one of the most attractive rugby cities across the world and we hope that it’s not just the local fans who are excited, but everyone from around our competing nations and beyond."

The race to Cardiff begins on September 27 when Round 1 of the 2019/20 Guinness PRO14 season kicks off in front of an ever-increasing global audience.

In the past 18 months record-setting broadcast deals in the UK & Ireland have been combined to three-year terms with ESPN in United States and Sky Sport in New Zealand while streaming platforms such as DAZN, RugbyPass and FloSports are putting rugby fans right at the heart of the action in Italy, Australia, Canada, South America and South East Asia.

In the UK every game will be shown live on Premier Sports with regular Free-To-Air matches broadcast on Free Sports. The introduction of Premier Sports has already proven a hit with subscriber figures far exceeding initial projections as their pedigree of on-air talent and pundits made a real connection with fans.

S4C, who have covered the Championship since the very beginning of Celtic League, will continue to sit at the heart of our Free-To-Air coverage in Wales with Welsh language coverage that exemplifies the spread of diverse cultures within the Guinness PRO14.

In the Republic of Ireland, eir sport will cover the entire Guinness PRO14 season after the debut season delivered the broadest coverage of the Championship in Ireland that was backed up by expert analysis from top former international stars.

Another long-time partner, TG4, continued their Free-To-Air coverage in the Republic of Ireland that included new innovations with warm-up interviews and behind the scenes looks at referee briefings – all in addition to their greater match day offering.

In South Africa, Super Sport will continue their tremendous support of the Guinness PRO14 as the Championship’s profile continues to rise in one of the world’s great rugby heartlands where respect is truly earned.

All of this is backed up by the launch of PRO14.TV a live streaming and on demand archive of Guinness PRO14 action – a first for any rugby union competition – which is available across the world.

Each broadcaster will screen the 2020 Guinness PRO14 Final live from Cardiff City Stadium on June 20 with Premier Sports serving as the host broadcaster.

Finally, for those unable to get to a screen four radio partners will bring the sounds of the Guinness PRO14 to supporters in the UK & Ireland with BBC Radio Wales, BBC Radio Scotland, BBC Radio Ulster and RTE Radio continuing their season-long broadcasts of the Championship