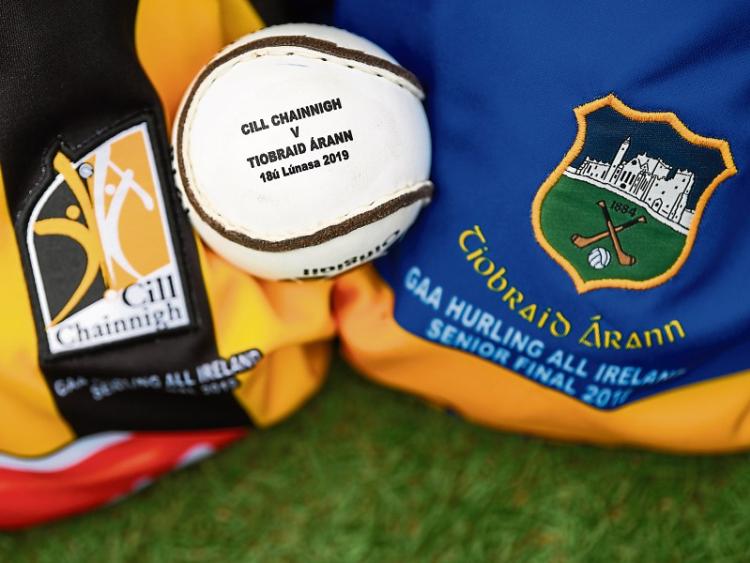 All-Ireland day was not the same this time around

IN Dublin on Sunday for the All-Ireland hurling final, I was struck by the stark contrast with the 2018 final day. One of the most striking aspects of the day in the hours leading up to throw-in was the plentiful supply of tickets which were in circulation.

Several supporters were anxiously looking to off-load surplus tickets before heading to the big match venue. As the clock ticked close to 2pm, several fans seemed resigned to the fact they were going to be stuck with the tickets.

The touts were out in force on O’Connell Street, but they were looking to sell tickets rather than buy them. No tears would be shed for the touts if they were left with tickets unsold on the day, of course.

Twelve months earlier for the final meeting of Limerick and Galway, ticketless fans struggled desperately to get their hands on them.

As well as the incredible excitement generated within both counties by the first final meeting of the sides since 1980 a significant number of neutral supporters wanted to attend the game to savour the occasion and atmosphere of two newish teams being involved.

The clash of Tipperary and Kilkenny – the seventh meeting of the two sides in an All-Ireland final (including the 2014 replay) since 2009 just didn’t capture the imagination of fans outside the counties in terms of making the effort to attend. The number of neutrals at the game was relatively small, unlike many other years.

There is also the question of ticket prices of course. €90 for a match ticket is a significant outlay. The cost of attending Sunday’s decider for a family of four, two adults and two children is a whopping €360. It’s a significant outlay on the back of the regular expenses for families at this time of the year, summer holidays, often abroad, as well as gearing up for ‘back to school.’

The €90 charge for a ticket is a significant amount of money, but compared to big sporting occasions on the island, such as rugby and soccer internationals, it is pretty much in line.

Charging €90 for a child’s ticket is severe. Surely some form of family ticket, to include children could be made available to purchase. That would be a welcome gesture from the GAA given how family-orientated the association is at club level.

It would also be a way of acknowledging the umpteen number of volunteers who coach teams up and down the country each week, as well as make their cars available to bring young players to matches, line pitches, wash jerseys, etc.

Another issue which grates for a lot of hurling supporters is the fact that the price of a ticket for the middle of the Hogan and Cusack Stands is the same as the ends of both stands and the upper reaches of the Davin Stand. Surely ticket prices could be graded.

The cost of a match programme on Sunday – and a fine publication it was – is €7. The price did raise a few eyebrows, even allowing for the fact that it had more pagination than 2018 when it cost €5.

Another aspect of Sunday’s game which has generated a significant amount of debate is the lack of replays on the two big match screens. Fans were deprived of an opportunity to see what offence Richie Hogan had committed to warrant a sending off in the game.

Meanwhile, those sitting at home got to see several replays of the incident. Indeed, when the game restarted after Hogan’s dismissal it was strange to see fans inside Croke Park busy on their mobile phones trying to find a clip of the Hogan incident on social media.

If the reasoning behind the absence of replays is in order to avoid generating tension among rival fans it doesn’t stack up. Even without replays, the odd caustic comment can be passed among supporters from time to time, but controversial incidents are not going to generate a riot between opposing fans.