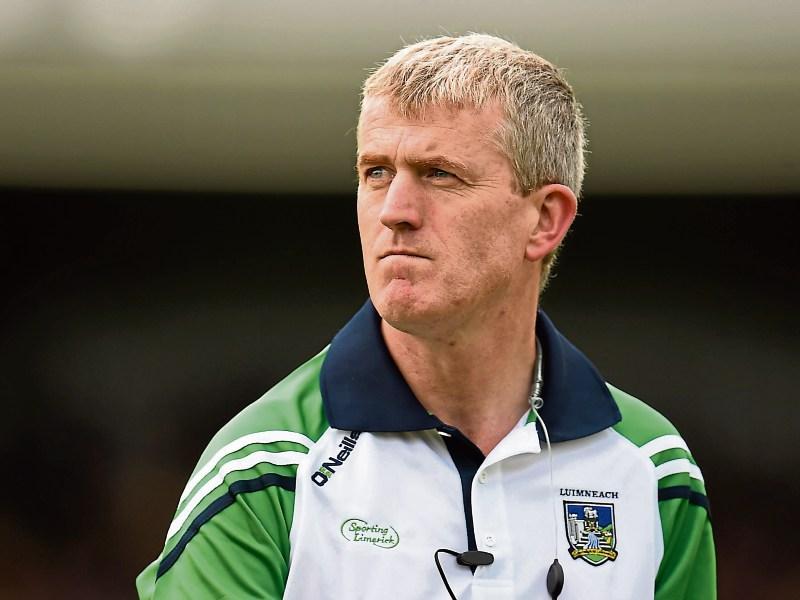 Will John Kiely stay on?

All-Ireland hurling Sunday is one of the most special days of the year and try as I did to focus on what Tipperary and Kilkenny had to offer, my mind was flashing back to what was last year for Limerick and what could have been this year. We can paint the picture anyway we like but this year will be remembered as one that got away from Limerick.

The journey back to Jones' Road has proved difficult for many teams that have tasted success and we can only hope that our current bunch of players will once again savour that great experience that we enjoyed last year.

A week or so after the All-Ireland last year I can remember writing about how teams had already a focus for Limerick and that will be the same for Tipperary.

New managers, new players in different counties bring new energy and I am expecting that will be the case for Waterford and Cork next year.

Limerick will want to settle a few scores also but we are already seeing signs of change in the management set up. Joe O’Connor slipped away last week but this was known for the past couple of weeks. Will others follow?

Winning brings many challenges for players and management and some find it very hard to return to the promised land.

Limerick have a base well capable of further glory but it will take the singular attitude they had in 2018 to achieve again.

John Kiely has ended his three year term and the first instalment from the County Board was that John Cregan, Michael O’Riordan and Liam Burke would take charge of the review.

It was a rush of blood on their behalf and it did not go down well across the county. The big question was why Joe McKenna, Bernard Duggan and Brendan O’Connor, who were part of the committee that put Kiely and his management team in place, had been dispensed with?

Since the first instalment where we learned that the three main officers would sit down with John Kiely much has changed. It was not well received on the ground that McKenna, Duggan and O’Connor would not be involved.

It didn’t take long for the top three to realise that they had got it wrong. John Kiely deserved more than that and indeed Limerick GAA clubs and supporters deserved much better.

Last Monday night I believe a full meeting of the officer board was held and it was agreed that McKenna, Duggan and O’Connor would now join chairman John Cregan and secretary Michael O’Riordan.

The other members of the County Board are elected and they should have been made aware but instead they were sidelined and given no opportunity to voice their opinions.

It was also an unfair to Joe McKenna, Bernard Duggan and Brendan O’Connor who like the board officers only found out about it in the Limerick Leader.

Before the Munster hurling championship started a meeting of the officers on the Limerick County Board was held at a hotel outside of the city.

That meeting was called by the chairman after many officers on the board had let it be known to him that they weren’t happy.

It was taken seriously and an outside person was brought in to speak to the officers. It was based around Structures, Planning and Respect. There was quite a long time spent on the latter. Many officers felt they were not respected in the board.

Last week Joe O’Connor let the players know by text that he was moving on and we could see further change within the group.

The big question facing Limerick is will John Kiely stay on? He gave us the impression leaving Croke Park that he would but time and space can sometimes bring reality.

He has given a huge effort to Limerick over a long number of years now and also has a very responsible job.

If John Kiely was to pull the pin who would Limerick turn to? Now, all supporters will hope that wont happen but right now I would struggle to come up with a name in Limerick with the quality to manage this team.

Limerick have a strong team, a team that can enjoy success again. I think most people will feel that we left back to back titles behind us this year.

That will be painful for all concerned but lessons will need to be learned from it also.

I will address this again in the coming weeks. Success is really hard to achieve, Limerick had a really good year with league and championship success in Munster but it could have been more.

The management and the players will know that. Will the pain of such a loss drive them forward again?

The championship might well have finished last Sunday in Croke Park but rest assured many will start very soon getting their ducks in a row for next year.

Limerick’s year as All-Ireland champions seemed to go so fast. You wait forty five years and you win it but in a flash your time as champions is gone.

It must have hurt all involved in the Limerick set up to look on last Sunday as Tipperary brushed Kilkenny aside.

For Tipperary that is three times in ten years. That is a very good return by any means. For Liam Sheedy it was the perfect return and the business done in just one year.

He got the very best from the group but the quality of his forwards was the major difference. They can shoot on sight, they can hurl the length of themselves while others have to go ten metres with the ball.

They will enjoy this win and the year could get even better if they collect the U20 title next Sunday against Cork.

Hurling never stands still and while systems and the like come and go it's really important that team managements have the ability to change mid game and allow players play with freedom.