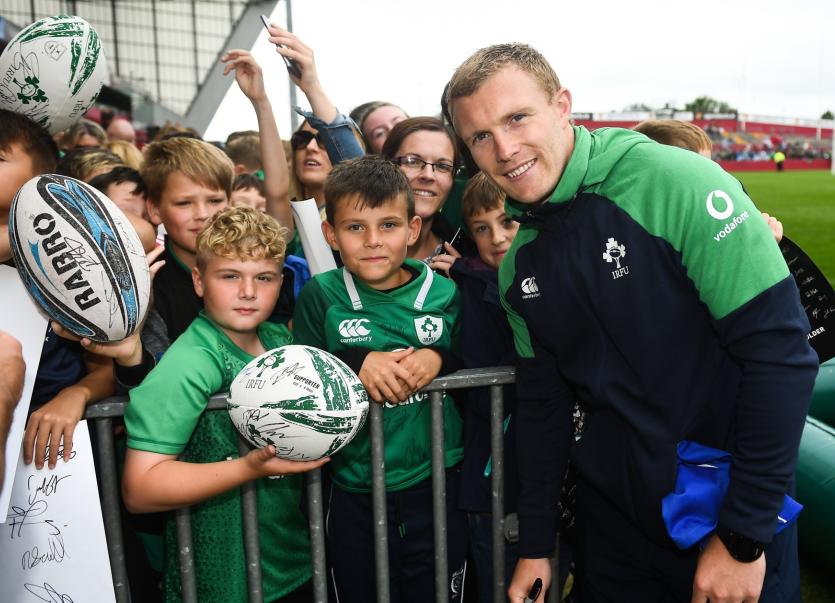 MUNSTER winger Keith Earls sat out training with the Ireland rugby squad in Portugal on Tuesday as he was one of three players who had reported a 'bit of soreness.'

It is unclear if Earls will feature for Ireland in their second World Cup warm-up game against England at Twickenham this Saturday, 3pm.

Ireland Skills & Kicking Coach Richie Murphy confirmed in a media briefing that Munster star Earls, as well as the Leinster duo of Robbie Henshaw and Jonathan Sexton sat out training after some intense sessions at their squad training session in Portugal in recent days.

Murphy insisted that there were no fears that Earls or the other two players would miss out on the final two warm-up clashes against Wales.

Murphy said: "There are no real fears about them, it’s just about managing them and getting their workload right for possibly involvement this week and, if not, the following week."

Meanwhile, Murphy suggested that Munster out-half Joey Carbery is not guaranteed to travel to Japan as he recovers from an ankle injury.

"Obviously, the timeframe around his injury has been well stated. He’s recovering really well, he’s well into his recovery programme and, talking to him, he feels good and confident. He’s exactly where the medics would expect him to be at the moment."

Ireland kick-off their Rugby World Cup campaign against Scotland in Yokohama on September 22.