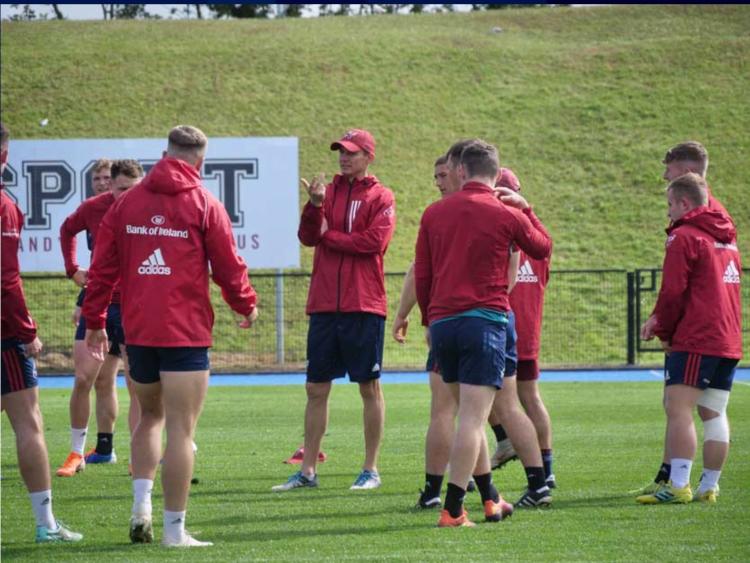 Munster Rugby's new attack and backs coach Stephen Larkham took his first on field session this afternoon in UL. The former Wallaby arrived in Limerick last night and hit the ground running today getting involved in the second block of pre-season training.

The pre-season training squad has also had a new addition with the inclusion of Cork Con prop Dylan Murphy.