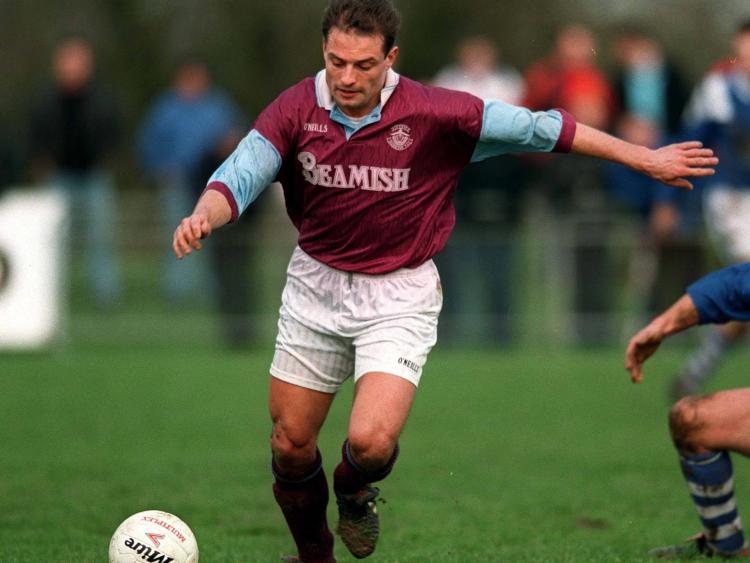 Tony Izzi in action for Cobh Ramblers in 1999

Tributes have been paid today as Ex-Limerick FC, Shelbourne, Cobh Ramblers, St Patrick's Athletic and Dundalk player, Antonio Izzi, has passed away aged 48. Izzi, who played for Limerick Fc between 1995 and 1997 is more commonly called Tony.

The striker famously scored the winning goal for Shels in a UEFA Cup Winners' Cup victory over Ukrainian side Karpaty Lviv in 1993.

Cobh Ramblers are very saddened to hear of the passing of former striker Tony Izzi.

Tony spent five years at St Colman’s Park between 1996 and 2000, part of his great League of Ireland career

Our thoughts are with his family and friends at this time. May he rest in peace pic.twitter.com/G6XhW4Yuto

Born in Dublin but brought up in Italy, he played at under-16 level with a Lazio team and later played semi-professional football with Cassino FC.

Everybody at Dundalk Football Club is saddened to learn of the death of our former player Tony Izzi at the age of just 48. We send our deepest condolences to all of Tony’s family and friends.https://t.co/aoGFSfkOxj