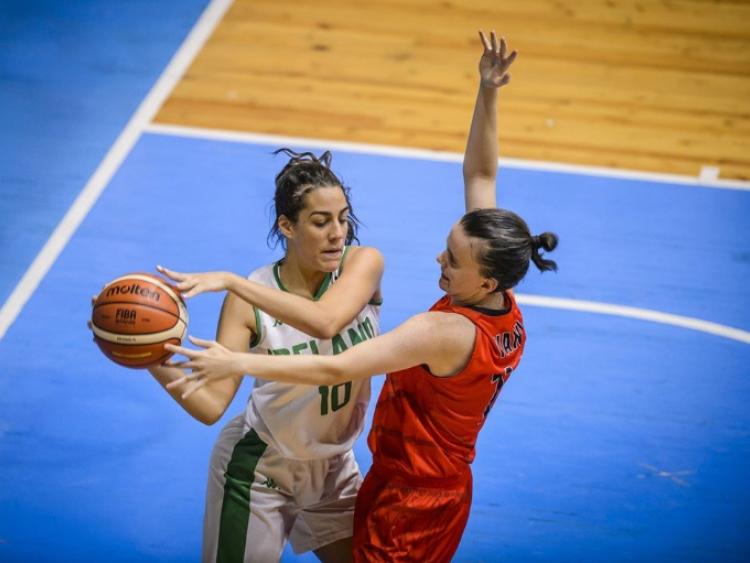 Yesterday evening, in Sofia, the Ireland U16 women, including Limerick's Sophie Moore, narrowly lost out to Portugal, 86-87, after a last second layup in the third group game at the FIBA U16 Women’s European Championships Division B.

Ireland got off to a fast start, as they raced into a fourteen-point lead midway through the first quarter thanks to scores from captain Hazel Finn, who sat out yesterday’s win over Albania with a minor ankle injury. Kara McCleane and Paris McCarthy also chimed in with important scores as Ireland held Portugal to just five points scored and led 25-5 at the end of the quarter.

The second quarter saw Portugal kick into gear and start to pick up scores and force Irish turnovers. Portugal’s Ines Vieira was instrumental in her side’s fightback at Ireland’s lead. Ireland struggled to score for a long period in the second but their shots started to fall towards the end of the quarter, including some beautiful play and scores from Ella O’Donnell and Miah Ryan. These late scores gave Ireland the lead going into halftime, 37-26.

The third quarter saw both teams trading scores with Portugal’s star player Vieira picking up vital scores for her side in an attempt to stay in the game. Ireland were led by McCleane, McCarthy and Finn as they all made some big shots from beyond the arc, while also putting in great defensive efforts to keep the lead heading into the final quarter, 54-39.

The final quarter saw one of the best comebacks in the tournament so far. Ireland were able to maintain a ten-point lead until midway through the period. Portugal forced Ireland to commit turnovers as they played a full court press, causing many turnovers. Portugal’s Jessica Azulay caused havoc on the boards for Ireland as she grabbed nearly every rebound in sight. Ireland’s hope came to an end when in the last second of the game, Ines Vieira scored a layup to send the Portuguese fans wild and the Irish fans silent, as Portugal ran out winners.

After the game, head coach Andy Gill said, “Obviously to lose a game like that is hard to take but I’m extremely proud of the girls’ effort and skill. I felt we really struggled against their power forward, Azulay, and the pressure the placed on us. We’ve a rest day tomorrow and we have two games coming up that we feel we have a chance.”