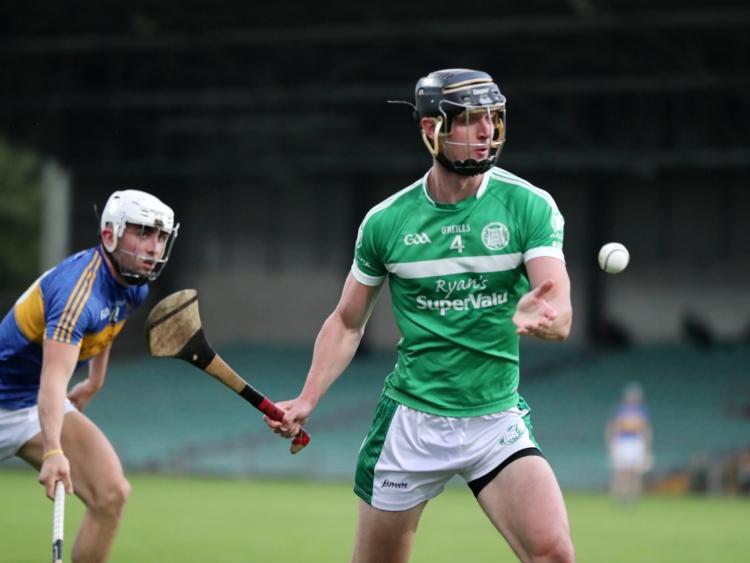 Patrickswell remain atop of Group 1 in the Bon Secours sponsored Limerick Senior hurling championship this evening thanks to a precious point from their 0-18 to 0-18 draw with Kilmallock at the Gaelic Grounds. Ciaran Carey's side trailed by seven points to no score after 10 minutes and by three points (0-11 to 0-8) at the break.

A second half performance, dominated by Aaron Gillane, saw the men in blue and gold secure a comeback draw, even after the sending off of Cian Lynch, with 15 minutes left on the clock and the City side trailing by 0-4. Six of the last seven scores came from the 2016 champions, with an injury time free from Gillane sharing the spoils.

Meanwhile Doon proved too strong for South Liberties in Caherconlish this evening. Two goals from early substitute Cathal McNamara and eight points from Dean Coleman was enough to see Tom Murphy's side take the two points and with it all but guarantee a quarter final berth, with a meeting with Na Piarsaigh to come on August 31. Best for the men in red where inter county stars Richie English, Darragh O'Donovan and Pat Ryan.

In the other game down for decision this evening Ballybrown went top of group two with a nine point win over Garryspillane in Bruff. The green and whites were helped to the win by top scorers Andrew Cliffe 0-11 (0-7 free 0-1 65) and Shane Kenny 2-3.