All-Black legend who played club rugby in Limerick passes away 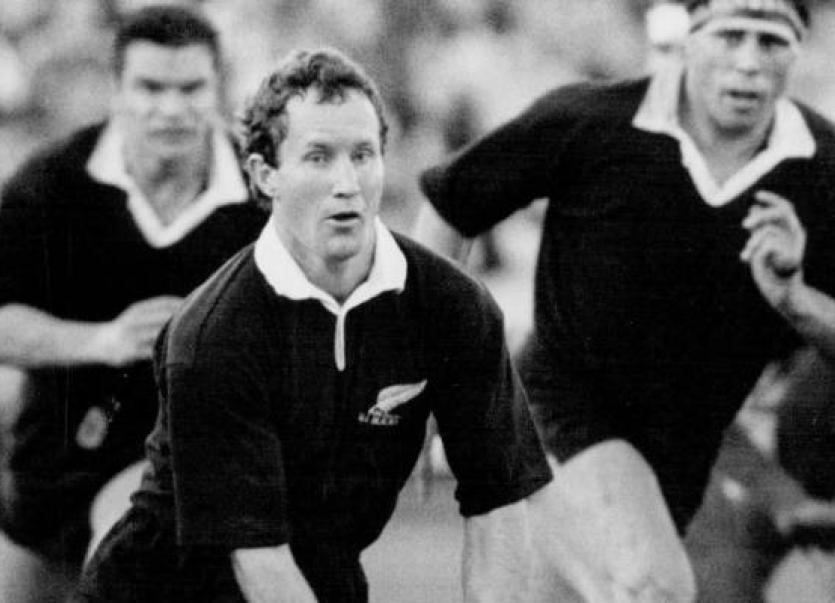 A FORMER All-Black legend, who played club rugby for two seasons in Limerick, has died.

Former All-Black halfback Bruce Deans has died aged 58, after a battle with cancer.

Deans spent two seasons playing with Old Crescent in Limerick the late 1980’s/early 1990’s, at the end of his illustrious time with New Zealand.

In all, Deans made 23 appearances, including 10 Tests, for the All Blacks and played 116 games for Canterbury.

Paying tribute Old Crescent RFC said they were saddened to learn of his death.

Tweeting their sympathy, Old Crescent RFC continued: "His rugby knowledge and skills were of immense benefit to our Club at the time. RIP."

Bruce Deans was the brother of former Crusaders and Wallabies coach, Robbie Deans.

The halfback was a key figure of Canterbury's dominant reign of the early 80s, holding the Ranfurly Shield from 1982-85.

Deans was a member of the All Blacks' squad that lifted the 1987 Rugby World Cup, although did not play, stuck behind captain David Kirk in the pecking order.

Old Crescent RFC are saddened to learn of the death of Bruce Deans. Bruce spent 2 seasons with Old Crescent in the late 1980’s/early 1990’s, at the end of his illustrious @AllBlacks career. His rugby knowledge and skills were of immense benefit to our Club at the time. RIP https://t.co/rDPOuzQhc0