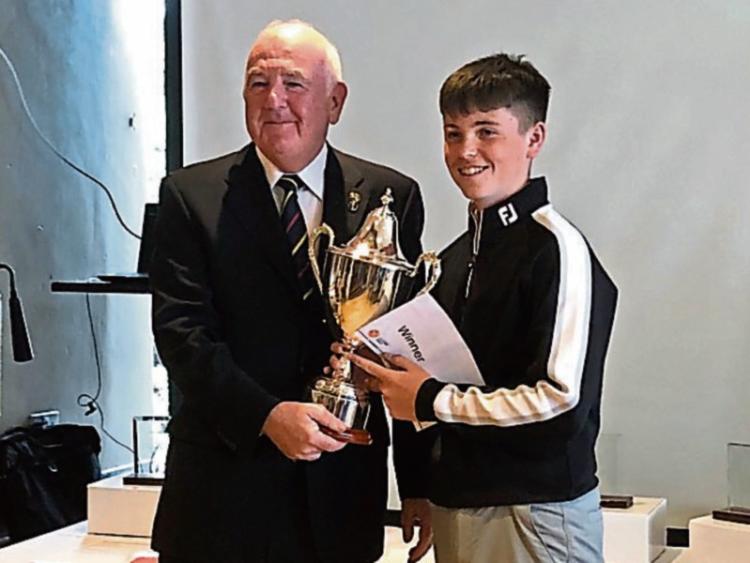 A HIGHLY promising young Limerick golfer has won the prestigious Ulster U16 Open Championship at Carnalea Golf Club in Bangor, Co Down. Fifteen-year-old Morgan O’Sullivan, from Bruff, won the coveted title by three shots from Cian O'Sullivan, of Killiney, and Ross Campbell, of Greenacres Golf Club.

Ballyneety Golf Club member O’Sullivan followed up his impressive opening round of -1 with a level par 69 to finish on level par for the Championship. Morgan's current handicap is 1.7 and he started playing golf from the age of 8 in Ballyneety. He has completed his Junior Certificate at John the Baptist, Hospital.

The talented teenager represented Ireland at the Reidy Trophy UK U14 event in 2017. He has also represented Munster since the age of 11 at the interprovincial U14 and U16 competitions. He was a member of Munster's U14 interprovincial winning side two years ago.

This week, Morgan is competing in the Munster Boys U15/U17 Close taking place at Cobh Golf Club, before taking part in the Irish U16 Boys Amateur Open which is being staged  in Donabate on August 22 and 23.