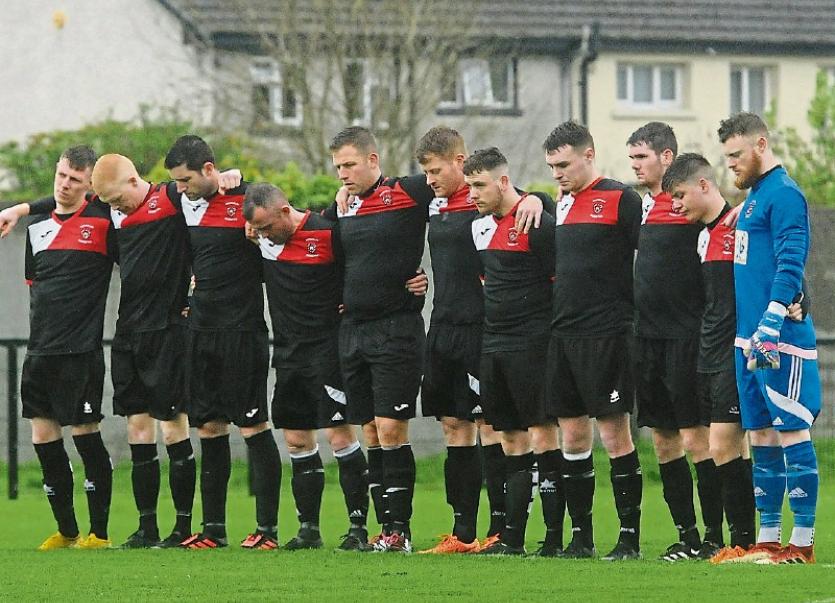 Janesboro are the champions, but much has changed this season

This evening, Thursday, in the first round games of the new Premier League season, last year’s Champions Janesboro and runners up, Pike Rovers, will face off in an opener both teams could have done without.

It’s something of a rebuilding exercise for Shane O’Hanlon and Aidan Ryan who have added a number of younger players to the squad. Jason Cross, Evan Lynch, Frank Herr, Tyrique Leamy and Evan Cusack are all in line for a start against the ‘Hoops’ on Thursday.

While ‘Boro’ were shedding players, Pike Rovers lost their manager when Mike Shiel stepped down late in the day.

Limerick FC player Robbie Williams has stepped into the breach and while he has had little time to put down his mark, at least he starts with the vast majority of last seasons’ squad.

Anyone lucky enough to have caught this fixture last season were treated to one of the best Junior games in years as the teams played out a thrilling 3-3 draw. If tomorrow's game offers half the entertainment it will be worth a visit.

It’s all eyes on Fairview this season and they kick off their campaign with a trip to newcomers Mungret Regional.

Fairview Rangers wasted no time once the season ended and went about strengthening their squad for the new season.

Goalkeepers Aaron Savage and Aaron Wall will be the envy of most clubs. They have added former Carew Park star Mark Slattery and ‘Balla’ stalwart Dermot Fitzgerald to the defence and up front the addition of Darragh Rainsford and Jason Lipper gives them added power.

Mungret start with the same squad as last season but the start comes too early for a number of players yet to return to the county after a summer away.

Regional have been particularly hard hit with a number of their squad making the step up to League of Ireland.

Retirements has also hit the Dooradoyle club who will be hoping their successful youth side can make the step up to fill the void.

They have signed an exiting strike force of Paudie Quinn and Shane Dillon who will give them a chance in every game. .

Aisling Annacotty also lost some defectors with a number of lads going abroad.

They will be focusing on their upcoming talent along with the former Shelbourne duo Brendan O’Dwyer and Paul Storan.

Mark McGrath and Paudie Walsh have also put pen to paper for the Annacotty side.

Coonagh Utd take on Prospect Priory in the remaining Premier tie with both sides eager to open with a three pointer.

It’s Coonagh’s first fling at the top flight and they will be determined to give it their best shot. They meet a gnarly and experienced Prospect side who lose Derek Braddish at the helm but Daithi O’Donoghue will step in for a seamless transition for the Hyde Road club.