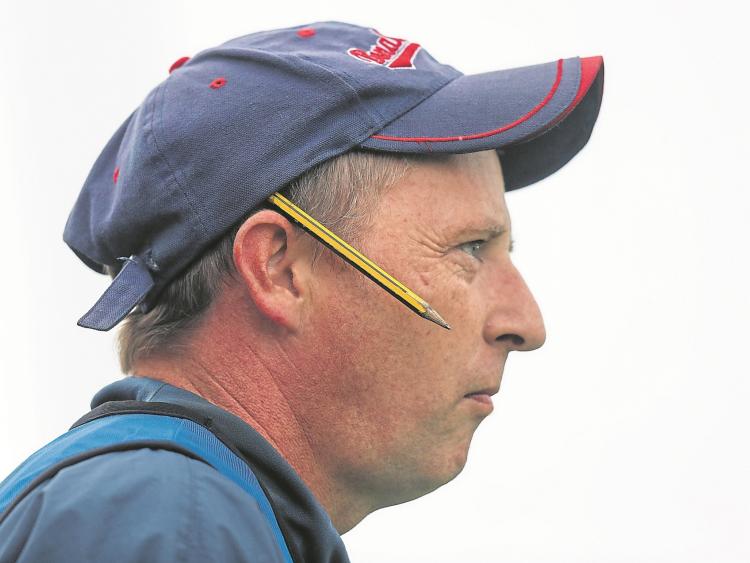 CROKE Park is on the mind of Limerick junior camogie manager, Kevin Connolly, following an impressive 1-12 to 0-8 win over Roscommon in Cusack Park in the semi-final of the All-Ireland Premier Junior Camogie Championship.

Despite a seven-point margin victory in the end, Connolly feared the worst as a late Roscommon resurgence narrowed the deficit to two points before substitute Shauna D’arcy found the back of the net in the dying moments.

“The goal near the end was vital,” he said. “It got us over the line because Roscommon were coming back at that time and really putting pressure on us.”

“The girls dug really deep to work the ball up the field to get the goal that gave us a cushion for the last few minutes.”

Playing with a strong wind behind their backs at a rain-swept Cusack Park, Kevin Connolly’s charges lead by four points at half time, as the Limerick manager praised the fighting spirit of his hardworking side after the interval.

“Roscommon won the toss but decided to play against the breeze in the first half, which I found a bit strange.

“They were probably confident of coming out and turning it over in the second half but our girls said no we are not having this. They never gave up, they never gave in and they kept working right to the end.

“In fairness to Roscommon they really did put it up to us but after that first half I thought that we probably should have been a few more points ahead.

“We had a couple of chances and we put them wide and we missed a free as well.

“Our forwards started great in the first have but they [Roscommon] came up the field then and got three handy frees off our backs against the run of play. That was disappointing from that aspect,” said Connolly.

With his side looking over their shoulders, Kevin Connolly decided to introduce substitute Shauna D’Arcy to the game in a bid to counteract Roscommon’s momentum in the last few minutes of the game.

His decision certainly paid off as the 17-year-old Ahane fired a rocket past the Roscommon keeper to seal Limerick’s place in the final.

“The first ball she got, she got it and she stuck it. She is a great player, she is definitely one for the future,” said Kevin Connolly.

“She is playing well with Ahane as well. It is great to have someone you turn around to on the bench and bring on these types of players to finish off a game for you.

“They were putting a lot of pressure on us. This was a semi-final and they had nothing to lose. They were favourites coming into this game, they had topped their group.

“We were underdogs, we knew it was going to be a tough battle and that is the way it turned out.

“We only beat them in the league semi-final by a point so we knew there was going to be nothing in this game. That shows you just how crucial the goal was to give us that cushion,” he added.

Looking forward to a Croke Park showdown with Kerry on September 8, the Limerick manager says he expects his young side to continue their run of good form into the final against a strong Kingdom side who comfortably defeated Clare by 1-13 to 0-6 in the earlier semi-final.

“We played Kerry in the first group match and they beat us by three points.

“Kerry are a phenomenal side and they are favourites.

“They got to the final last year and they have been favourites since the draw to win this championship out. We know we are up against it but I expect a massive battle between the two teams up in Croke Park.

“One of our mantras now is work rate.

“We are going to be the hardest working time in this competition and that gets in the hooking and the blocking and the chasing.

“They done that all day long and even the last day against Offaly in Birr it was phenomenal stuff in the last twenty minutes. We brought that again today, just kept working and working and work for each other and that is what they did and why they are in a final.”