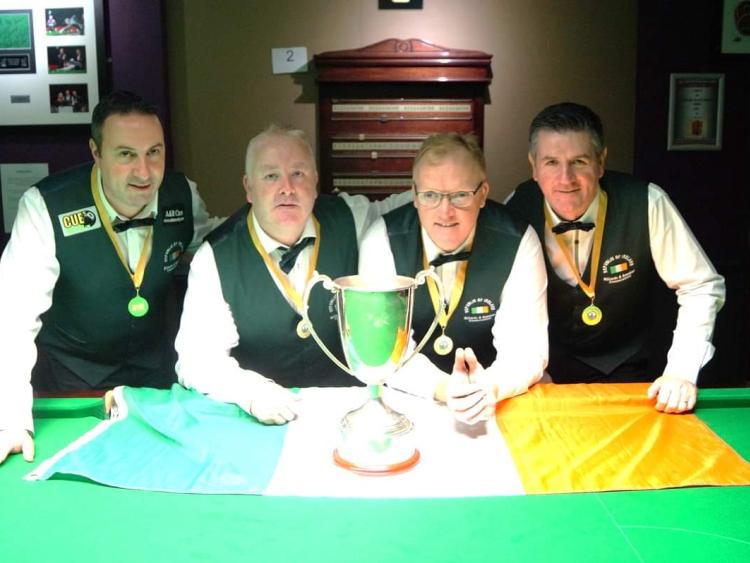 Limerick snooker duo, John Torpey and Mark Tuite of the St Johns Snooker Club in Mulgrave Street made up half of the 4 man Republic of Ireland team that won the Home International Championships in Leeds on the weekend last weekend.  To qualify for selection John and Mark finished in the top 5 of the national snooker rankings last season and together with Michael Judge from Wicklow and Dylan Rees from Youghal they formed the Republic of Ireland Team that became the first ever Irish team to win the Annual Home International Championships.

In the semi final they defeated the favorites England 7 frames to 5 and in the Final they overcame Wales 7-4 to claim the title. The win is a huge boost for the St John's Club and gives all their players a great start to the snooker season. Membership is always open for one of the best non profit traditional snooker clubs in the country, just find them on Facebook.