Opinion: Not all referee decisions can be wrong - Jerome O'Connell 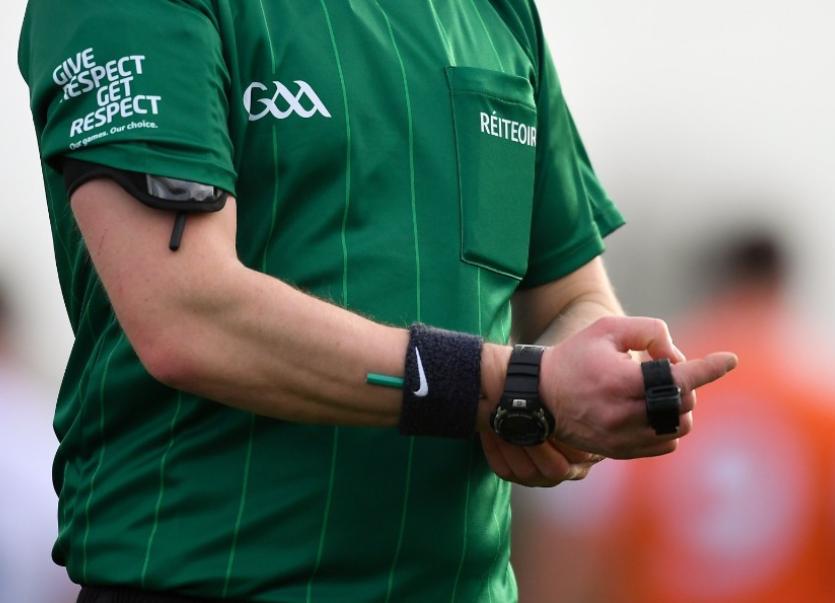 MATCH officials have been under the microscope in recent weeks after some high profile errors in the All-Ireland GAA Championships.

But that doesn’t mean all decisions are wrong!

The club football and hurling championships are now two weeks back in Limerick and standing on the sideline one would wonder why anyone would take up refereeing.

Firstly, too many substitutes, members of management and club officials are getting onto the sideline and then for all in unison to challenge every single decision is simply not right.

Secondly, it is imperative that a referee also has neutral linesmen and umpires.

Back to the action and I’ve attended games where some teams appear to have spent more time practicing their catcalls of the match referees than perfecting the skills of the game.

Surely every single decision of the referee from start to finish cannot be wrong!

Let’s be honest, by challenging every decision, surely it lessens the chances of the referee actually accepting he was wrong if an error is made at some point.

And, by focusing so much on the referee, management surely can’t be giving the necessary attention to what is most important – their team and indeed the opposition.

Of course an incorrect call from a referee is frustrating and can unfortunately have an impact on a game and indeed a season.

But what of the incorrect decisions by a player or member of management – we all make errors and taking ownership of those errors could be a good starting point rather than spending 60-minutes venting at the referee.

Some counties now have a ‘silent sideline’ initiative at some underage levels in Bord na nOg.

There is one designated member of management from each team allowed issue instructions to the players and all other members of management, parents and supporters stay silent and let the players get on with the game.

Scores and positive play from both sides is encouraged and applauded. Criticism of players, referees and opponents is not tolerated.

I’m not suggesting a ‘silent sideline’ at adult level – albeit it could be an interesting experiment!

But the benefits for children are wide-ranging and could be something to explore.