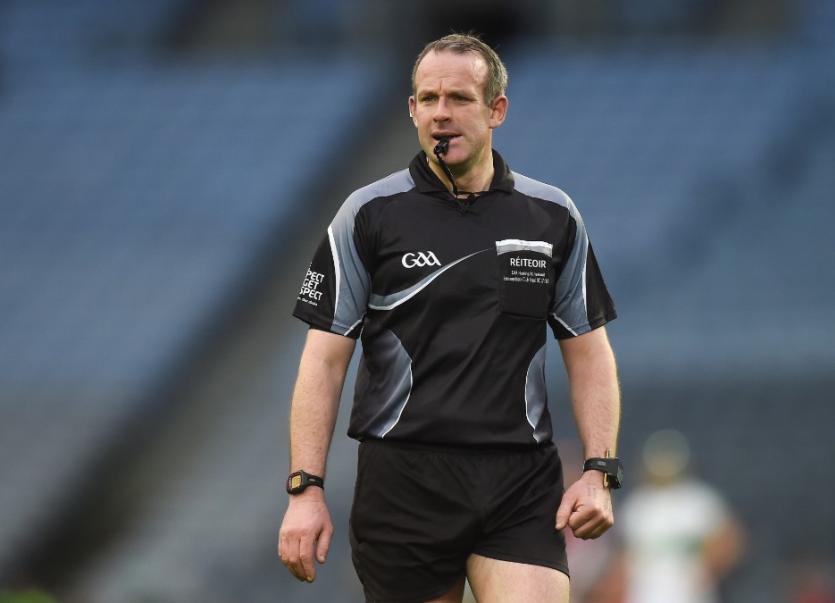 The Glenroe-Ballylanders clubman will be running the line for referee James Owens, who is back to referee the final again after doing Limerick v Galway 12-months ago.

Owens from Wexford also previously refereed the 2015 final between Kilkenny and Galway.

His umpires on the day will be James Dunbar and David Owens (both Askamore), Joe Kelly (Naomh Éanna) and Ian Plunkett (Marshalstown).

Carlow’s Paud O’Dwyer will be the standby referee. The other linesman is Limerick's Johnny Murphy and the Sideline official will be Liam Gordon (Galway).

A member of the Ballinkillen club, Murphy was linesman in Croke Park when a late Darragh O'Donovan linesball caused much unrest in the All-Ireland SHC semi final between Limerick and Kilkenny.

Tipperary’s Fergal Horgan will be the standby referee, the other linesman will be Johnny Ryan (Tipperary) and the Sideline Official will be Thomas Walsh (Waterford).