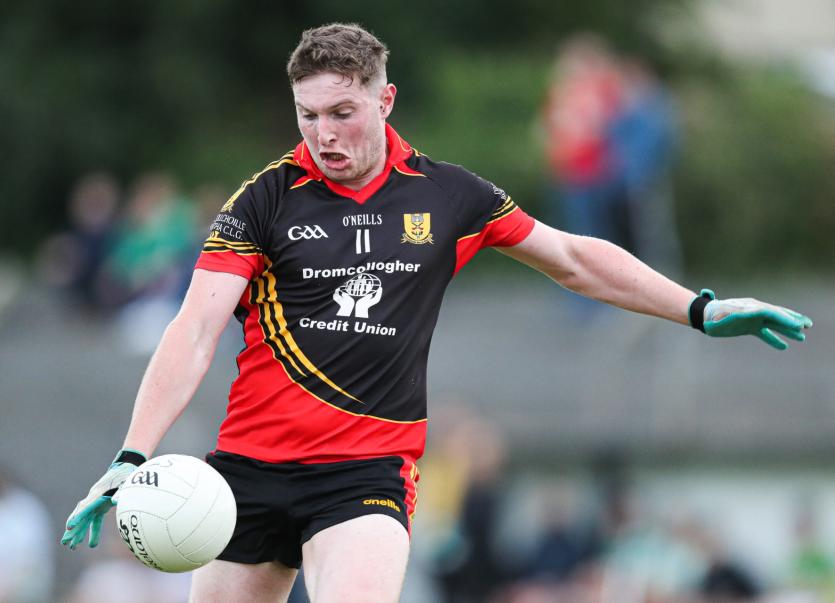 FORMER champions Dromcollogher-Broadford have slipped into relegation trouble in the Limerick SFC after defeat to Galbally this Thursday evening.

The round four group game in Kilmallock finished Galbally 2-11 Drom-Broadford 1-6.

It's a fourth straight loss for Drom-Broadford, who will have to beat Na Piarsaigh in their final group game to avoid a relegation play-off. Drom-Broadford won seven Limerick SFC titles between 2001 and 2013.

It's a first win of the championship for Galbally, who play St Kierans in their final group game.

The south Limerick side were 0-8 to 0-3 ahead by half time with Ger Quinlan in fine scoring form and goalkeeper Ger Ryan kicking two '45s.

It was 0-4 to 0-3 to the winners after 11-minutes but Drom-Broadford didn't score for the remainder of the half.

Injury to goalkeeper James Noonan saw former Limerick football captain Seanie Buckley swap his role as selector for a role as goalkeeper early in the second half.

Shortly after, he was powerless to stop a fine goal from Galbally's Mike Donovan to move his side 1-10 to 0-3 clear with just five minutes lapsed in the new half.

Teenager James Molyneaux replied with a Drom-Broadford goal but there was no way back for the west Limerick men.

In the game's 54th minute an unfortunate Brian Noonan turned the ball into his own net and Galbally were 2-11 to 1-4 clear and on their way to a first win.

Elsewhere, in the Griffins Coaches Limerick IFC Gerald Griffins were 1-13 to 0-3 winners over Mountcollins 0-3 and in the Woodlands House Hotel JAFC it finished Cappamore 4-17, Ballybrown 0-10.