Opinion: Limerick hurlers to rue 'what if' after below par 2019 exit - Jerome O'Connell 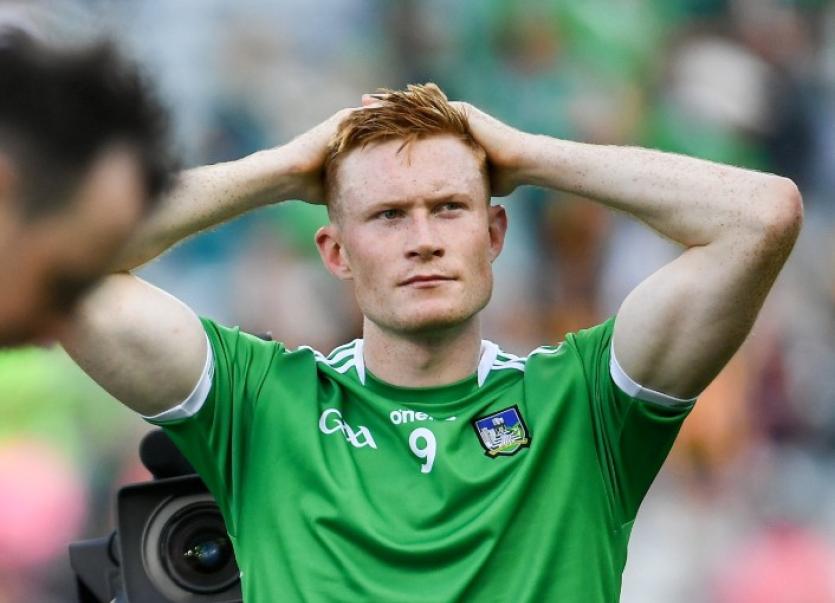 THEY are a young bunch, very ambitious and very united and I've no doubt that they'll come back again and challenge again in the future.

And, all are in agreement – this Limerick group are not finished.

While the future still looks bright and there is no denying that 2018-19 will live long in the memory, one cannot but feel management and players will rue this All-Ireland SHC semi final as a missed opportunity for a long number of months.

All-Ireland, Munster and League title wins can never be taken away from this group but they are not for dwelling on those glories just yet and therefore the pain of this Kilkenny defeat will linger.

My pride in this group will never diminish but celebrating the past is not analysing this particular display.

Defeat always brings regrets but that regret can be tempered if an exit came on the back of the team’s best performance of the season. Unfortunately, this Croke Park semi final loss was not Limerick at their best – yes the opposition was very good good on the day but Limerick were off-colour when compared to the displays that dispatched Clare, Waterford and won the Munster final.

Old failings came back to haunt Limerick – a slow start and inaccuracy in front of goals.

And, for all the failings, Limerick were just a point shy at the final whistle.

Giving Kilkenny a nine-point lead was hardly ideal and especially when they were is defiant form – hunting in packs and hitting as hard in injury time as the opening minute.

It’s not the first time that Limerick were slow from the blocks – the opening quarter has often been a slow burner for the men in green. Of six championship games in 2019, the win over Clare was the only time Limerick led at the end of the opening quarter, albeit this Kilkenny game was the biggest deficit at nine points.

Credit Limerick they did wrestle their way into the tie with Graeme Mulcahy and William O’Donoghue two to lead the way with some big plays to get the champions on the forward foot.

It never quite looked like Limerick were totally on top but the statistics will show that from the 17th minute onwards the men in green outscored those in black and amber 2-15 to 0-13.

Thoughts turned to Kilkenny and Cork of last season in those epic quarter final and semi final wins but on this occasion there was no late drama with the rub of the green not in the Limerick’s corner.

Despite recouping eight of the nine point lead Limerick were left to rue 15 wides – nine in the first half and six in the second.

From the 10th minute of the second half onwards, five times Limerick got this semi final down to a one-point game but The Cats got the crucial next score.

Nine different players accounted for the 15 wides and while some were scoreable, one must acknowledge the pressure that Kilkenny were applying throughout.

Aaron Gillane and Graeme Mulcahy were the only players to register more than a score from play and of the seven scorers, three came from the substitutes bench.

While the fightback was full of endeavour and character, with Kilkenny refusing to wilt, Limerick never had real momentum. Indeed the game was a bit like the entire 2019 campaign – Limerick played 16 games this season – never winning more than three-in-a-row. The championship itself returned three wins and three defeats.

And, for all that, Limerick’s All-Ireland title defence fell just a point shy at the final whistle.

One must also of course reference ‘that lineball’.

An injustice that is hard to take – a refereeing decision in the course of any 70-minutes can be debating and interrupted but this was black and white and an incorrect decision to confirm a wide ball and not a ‘65.

We all make mistakes but coming at such a crucial period in the game means this one will be remembered for some time.

There is not favour to be won in lodging objections or making too much noise about the injustice. Some debate has called for two referees but for me there is a referee, two linemen, four umpires and a fourth official and that’s enough but some joined up thinking to get all eight more involved would benefit.

In terms of Limerick and 2020 and beyond, well they certainly are young, very ambitious, very united and I've no doubt that they will be back in the winners enclosure again and while losing last Saturday, 2019 did return two top trophies after Munster Championship and Allianz League title victories.