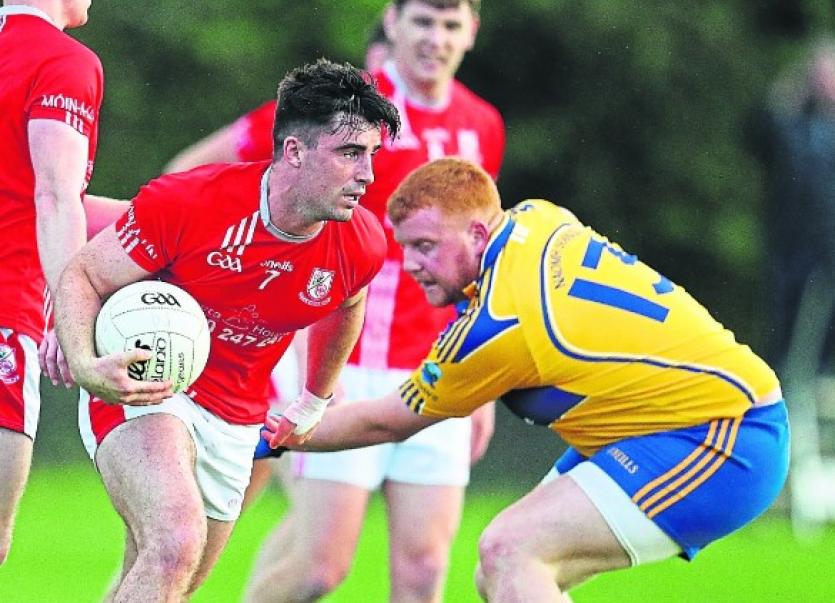 THREE sides continue to hold 100% records in the Limerick SFC ahead of the penultimate round of group games this weekend.

Three-in-a-row seeking champions Adare can advance directly to the semi finals with a fourth straight win this weekend, while Oola and Newcastle West can confirm their spots in the knockout stages if they remain unbeaten.

At the other end of the championship, the relegation battle is up and running ahead of the final round of group games on August 22-25.

This is a relegation tie between two sides seeking a first win of the championship.

Both went oh so close to wins that weekend – Drom-Broadford’s nine point fightback ended by a one-point injury time defeat to St Kierans, while Galbally lost a four point half time lead against Newcastle West.

Both sides are enjoying fine seasons and look on course for the knockout stages regardless.

When the sides met last year the west Limerick men were 0-17 to 2-7 winners.

Oola were in action on Tuesday and had their inter-county hurling trio in their ranks. Darragh Treacy missed out for St Kierans in their win over Drom-Broadford last weekend, while John Hayes was among the subs.

Adare v St Senans in The Bog Garden at 7pm

Last year Adare only emerged with a 3-9 to 2-11 win when these met with the Foynes-Shanagolden side are down players at present.

A second game in 72-hours for Ballylanders, who were 0-15 to 1-9 winners when these sides met last year.

Both need a victory to maintain a push towards the knockout stages, which both reached last year – the south Limerick men beaten county finalists.

The west Limerick men are unbeaten while Na Piarsaigh have won win from three outings.

The city side were down Ronan Lynch in Tuesday’s loss to Oola with none of their inter-county hurling contingent on duty.

Last year these met in a winner takes all final round group game and Ballysteen earned a 4-8 to 1-14 win.

The Abbeyfeale men are also out Wednesday night and victory here is necessary for both to remain on the coat tails of champions Adare in the group.