Please kindly add our site to your ad blocker whitelist. 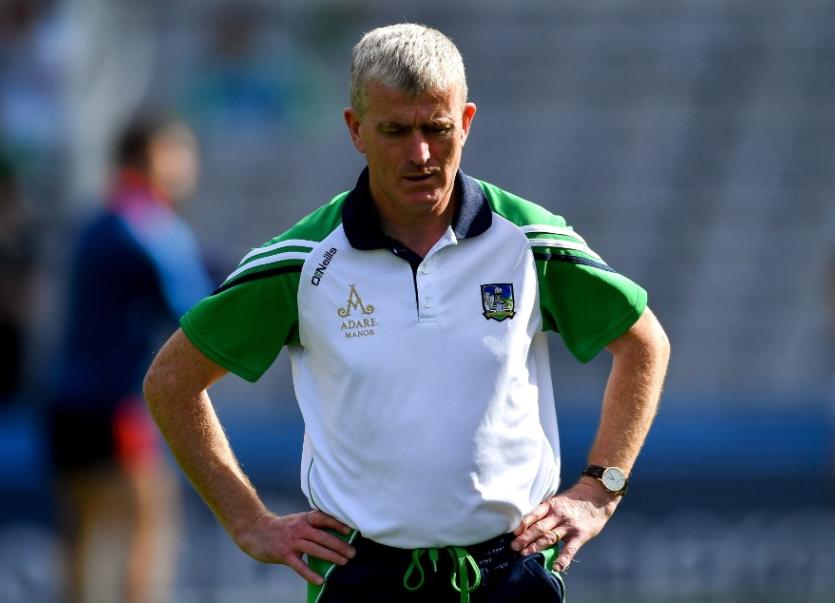 BEATEN but unbowed, John Kiely had nothing but praise for the efforts of his Limerick players in Saturday’s one point All-Ireland semi final defeat.

“We refused to go away throughout the game - there were periods we could have downed tools and just said ‘to hell with it we have enough done’, but the boys dug in and they fought and fought to the very end and on another night it could have gone to extra time,” said a proud Limerick manager.

Kiely and Limerick were left to rue two keys areas – a slow start and their wides tally.

“When your are 10-points to two down after about 15-17 minutes, you know, you've given yourself a mountain to climb,” accepted Kiely.

He added: “It took us a while to settle into the game.”

Limerick did battle back gamely but could only get within one point.

“Kilkenny brought a ferocious intensity to the breaking ball and got on a platform that they were very efficient with. They gave themselves that bit of a head start if you like, and the challenge from then on was for us to try and close that gap - we got it down to two and one and then two and then out to five, and that really gave a massive challenge and then Shane (Dowling goal) closed it to two in the end, and we got back to one,” recounted the Limerick manager.

“We just probably were looking for that one little opening to come where we could just get get level and had we broken that chink and got level we could possibly have pushed on again,but  it wasn't to be,” he sighed.

Nine points down mid-way through the opening half, Limerick cut the gap to just three points by half time.

“We felt very comfortable at half time and felt we had the resolve to push on in the second half but probably struggled a little bit with our efficiency in front of goals. I think they had eight wides and we had 15 - you know, you only need one of those at the end of the day but that’s it.”

Limerick were slow to start but the manager felt they held their own after the opening quarter.

“I don't think they had a greater level of intensity than us throughout the whole game. I think there was phases of the game where we had the ascendancy in regards the intensity and I think there were phases of the game where they had the ascendancy, but I just think they had a greater outcome from their periods where they dominated than we had when we dominated. We just didn't make enough of the dominance we had on the scoreboard. And you have to put it there.”

Kiely also ruled out any excuse of the four week gap since the Munster final win over Tipperary.

“It had no impact I have no regrets in anything we done - we gave the lads a week off and when we came back we worked hard. We were ready for tonight.”