Opinion: 'It is in our own hands' - Martin Kiely 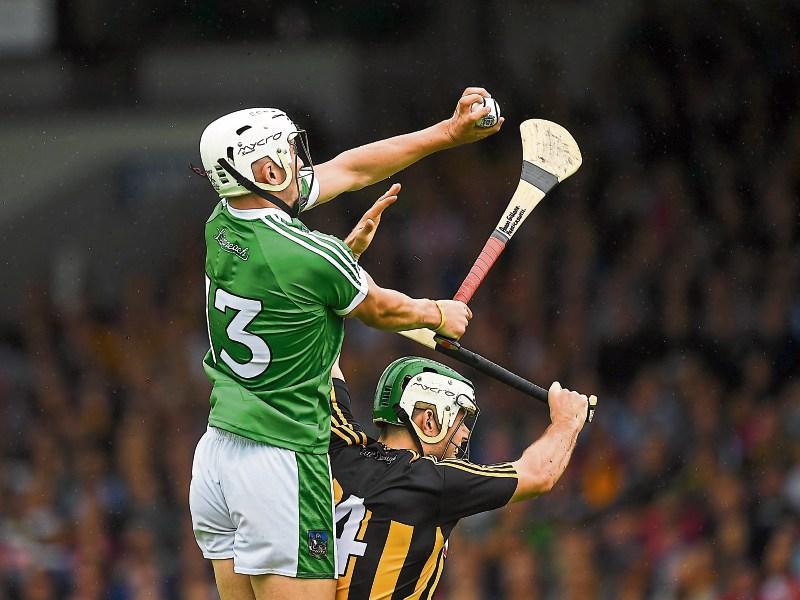 Aaron Gillane of Limerick in action against Paddy Deegan of Kilkenny when the side met last July. The win in Thurles was huge for Limerick

When the final whistle sounded at the end of the All-Ireland quarter final Brian Cody had a look of great satisfaction on his face. Cork aspirations were ended with a second half domination that made commentators and supporters sit up and take notice once again. It was typical Cody, not a word on the week of the game. Lock down and the entire focus was all about Cork.

Brian Cody is the greatest hurling manager of all time and by the time he got back to the dressing room his focus would have firmly switched to Limerick.

His ability to get the best from his players is legendary but what he has achieved over the past couple of years with a far lesser squad might well match anything he achieved during the glory years.

Saturday evening in Croke Park will see Limerick and Kilkenny rekindle the sort of passion we remember from last years quarter final in Thurles but this time round a place in the All-Ireland final is at stake.

Does Brian Cody feel Kilkenny can beat Limerick? Absolutely. That message was first issued to the players before they left Croke Park two weeks ago. The prize is massive, the pressure will be intense as Limerick look to reach back to back All-Ireland finals. The last time they did that was in 1974 against Kilkenny.

Our current team are on the cusp of history. They are just two games and a little over two hours away from doing something no Limerick team has done before. Winning back to back All-Ireland titles is the dream, the ambition of John Kiely’s team and if they can reproduce close to the form they showed in the Munster final then I don’t think they can be beaten.

The outcome is in their own hands, they have worked hard since the Munster final and they will know what they have to do on Saturday evening.

They won’t take Kilkenny for granted, they have too much respect for Brian Cody and Kilkenny to be thinking that way. If they do just for a brief spell then Kilkenny will have got an edge before they get to Croke Park. They will be mindful of how close Kilkenny ran them last year in Thurles. It was a close call and they were without Walter Walsh that day.

For me that win was the makings of Limerick, other Limerick teams would have melted when Kilkenny goaled but not this team. Tom Morrissey led the way at a crucial time and the rest is history.

John Kiely and his management team will have looked carefully at Kilkenny’s win over Cork. They will have seen that Kilkenny crushed Cork in the third quarter and how they bossed the middle third of the field.

Cork had the winning of this game particularly in the opening half where they dominated the Kilkenny full backline. The trouble was that they were starved of fast early ball and that was just one of the reasons they lost the game. Limerick man for man are better than Kilkenny.

We will not make the mistakes that Cork made and while Cody will want to make this a battle Limerick will want to keep it open and fast. As in many games the Limerick half forward line is key along with our midfielders.

Cian Lynch and William O’Donoughe are the engine room and they do so much hard work for the team. One of the greatest abilities Brian Cody has is to get his match ups right. He places a lot of faith in this and it will be very interesting to see how his team will line out for this game.

He is getting some key players back at the right time, Walter Walsh, Killian Buckley and Richie Hogan are showing signs they are ready for battle and some of his younger players are also showing promise. TJ Reid failed to score from play against Cork but his presence and craft is a real live threat at all times.

Kilkenny introduced four subs against Cork and they all played well and contributed to the scoreboard.

If Limerick hit form then I would not be surprised to see them win this game by ten points but they will need to be right to do that.

Now, on the other hand a win by a couple of points would do nicely because after all it’s Kilkenny we are playing. They have a habit of grinding you harder than any team.

Yes, they might not have the player base that made them the greatest team of all time but they still possess the qualities to make you earn your crust.

Not since Tipperary in 2010 has the team that won the Munster title won a semi final and how Limerick will have coped with the past four weeks will be important. They had their training camp and by all accounts it went really well.

I have said on a few occasions I have no fear of Limerick and how they managed their time and training since the win over Tipperary. They needed a break to take stock and I am very confident that they will be fully charged for this contest with Kilkenny.

If the Limerick forwards get the same space that Cork were afforded in the first half next Saturday then the game will be over at half time.

We have the quality to really trouble the Kilkenny full backline and for that reason I wouldn’t be surprised to see Limerick being a bit more direct in the opening quarter of this game.

For Cody it will all about closing the space down, he will not want to allow Limerick the space to run at his backs.

Now, backs as a rule don’t like forwards to run at them but that really applies to this Limerick forward line who possess power, pace and craft when in full flow.

Hegarty, Hayes, Morrissey, Gillane, Mulcahy and Casey have lit up the championship when in full flow and how Cody deals with them will have a telling impact on the game.

Kilkenny have shortened up their play, they are not hitting as long as they did in the past. That was ok when he had serious players that could win it regardless of what way it came.

They still have Walsh, Fennelly and Hogan and they will keep backs busy. They still have players that can hurt you but will they get the ball they need?

I have ferrous respect for Brian Cody, we go back a fair bit and I have always admired his approach to the game. He is very honest and expects that from those around him.

Hurling is more than a way of life for him and his values were core to making Kilkenny the greatest team and winning eleven All-Irelands under his watch. He will feel his team are good enough to beat Limerick, he will tell them they are and be assured they will be ready to battle with Limerick.

The longer they have a grip on Limerick the greater their confidence will be. This year Limerick have to deal with the tag as raging hot favourites and finding a way to avoid that becoming a distraction is what makes good teams great.

I have looked at Kilkenny a few times this year, I have spent many hours looking and scoring each one of their players against our players and I am struggling to see how they can contain us for the entire game.

For sure they will have a right cut off us but when it’s all over Limerick could have a seven to ten point margin. I am very conscious of what Kilkenny can do and they will relish this opportunity.

Will the waiting have weighted heavy on Limerick? - I don’t think so.