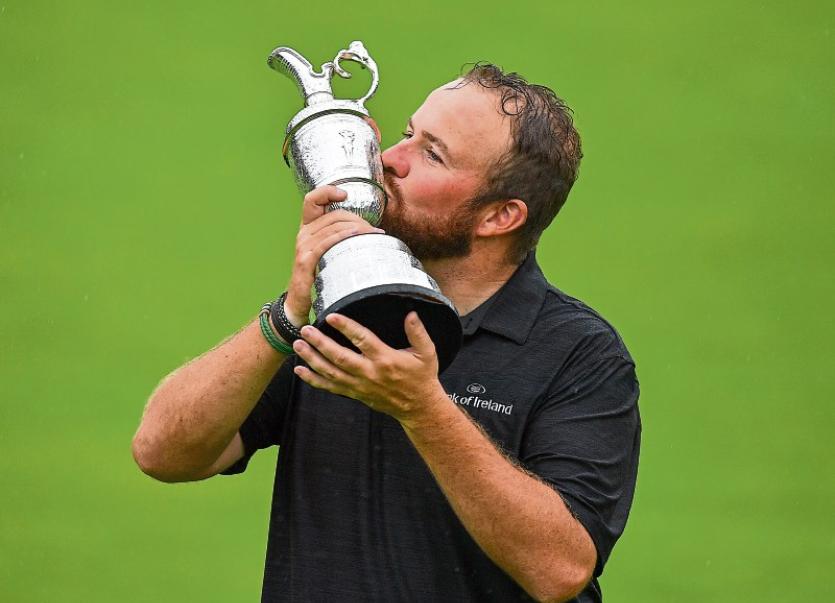 WALKING along the high dunes looking down over Lahinch’s fourth fairway – the famed Klondyke hole – during the opening round of the recent Irish Open, a middle-aged woman took a call on her mobile phone. She was far enough away from the play not to be noticed by the marquee threeball making their way up the fairway to play their blind second shots into the par four on day one of the Irish Open.

From her lofty perch high above the players, the woman whispered into her phone. “Hi Mary, I’m at the golf in Lahinch,” she mumbled excitedly. There’s a huge crowd here – ‘tis just like being at a hurling match!”

Her sense of excitement was palpable.

Not sure if Tommy Fleetwood or Russell Knox have ever been to a hurling match, but the new Open champion Shane Lowry certainly has attended many over the years.

If Open runner-up Fleetwood and Knox took the time to closely observe the vast galleries in Lahinch, they couldn’t have been but taken with the number of spectators wearing inter-county and club GAA jerseys and half zip tops.

GAA merchandise is big business. It was the same at Royal Portrush over the weekend, a high number of golf fans sporting GAA jerseys and polo shirts.

Sure, the jerseys provide a sense of identity and pride in where you’re from. But they are also a clear indicator that golf has lost much of the ‘stuffy’, somewhat ‘elitist’ image that surrounded the game for many decades.

For decades in Ireland golf was seen as the preserve of the professional classes. They made up the vast majority of the membership of most golf clubs around the country.

But the make-up of the memberships of clubs has changed dramatically in recent decades. It is a game played by all classes of people. Golf is now more affordable than ever. Club subscriptions offer good value if you have the time to play the game a couple of times week.

Shane Lowry’s victory is a massive boost for the game of golf in Ireland. People can relate to him. He is affable and care-free. His Open Championship success was a victory for an ‘ordinary guy’, albeit with a huge amount of natural talent.

No doubt every golf club in every town and city in Ireland this week is full of aspiring juniors dreaming of emulating Lowry’s success at Royal Portrush on Sunday, lining up putts on practice greens and dreaming they have it to win the Claret Jug.

Major glory is actually possible. The Offaly man plays the game his own way, blessed with a wonderful touch around the greens.

His short game is to die for. His swing may not be textbook perfect, but it is hugely effective. And golf is not about ‘how’, it’s all about ‘how many.’

The manner in which he has transformed in fortunes from crying in the car park in Carnoustie after his opening round at the 2018 Open at Carnoustie to lifting the Claret Jug on Sunday is remarkable.

Twelve months ago, 32-year-old Lowry had sacked his long-time caddie Dermot Byrne following an opening round 74 and went on to miss the cut for the fourth year in succession. Lowry frankly admitted that his golf wasn’t his friend at the time.