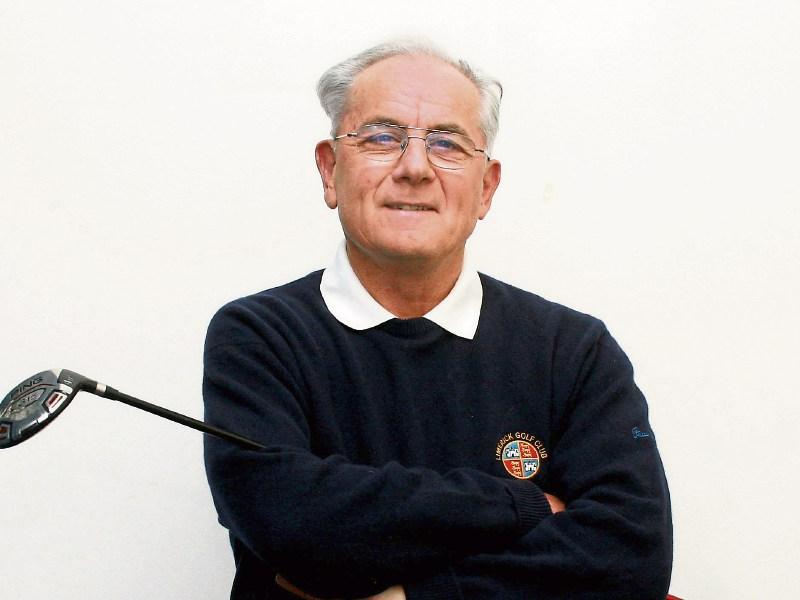 YOU can't keep golf at Lahinch out of the news these days. The 118th version of Ireland's oldest amateur championship, The South of Ireland, began on Wednesday morning and will conclude on this Sunday afternoon. It is always worth making a trip to the coast of Clare to watch The South and this year's tournament has every prospect of being one of the best ever.

It puts the longevity of the South into perspective when you realise that The Open Championship held at Royal Portrush last week was its 148th staging.

That's a difference of a mere 30; quite an arresting historical fact to note.

Two reasons for my optimism are because the entry list includes the three most recent holders of the title - Caolan Rafferty (2018), James Sugrue (2017) and Conor Purcell (2016).

All three are very close to selection on the GB&I Walker Cup team that will play against the USA at Hoylake on September 9/10. There are competitors from England, France and Germany too as well as no less than seven invaders from the USA in the field, which has to be welcomed.

I couldn’t tell you the last time that the three most recent champions played.

Those were the days when calling the office in person or by phone a few days before the event was all that was required.

There was no form filling and, more significantly, as many as 300+ golfers would be welcome to 'have a go'.

I was only playing golf myself for just over a year in 1962 and my rather ambitious entry off 10-handicap was not an issue. I still can't believe I actually won two matches before 'reality' struck (you should have seen the opposition!)

The draw was streamed and the high handicappers were all put into a separate section where they were whittled down to a manageable number that joined the big guns.

On learning of a clashing Walker Cup panel session convened by The R&A, the South of Ireland Championship Committee, in accordance with the General Regulations of GUI and Provincial Championships, decided to introduce a supplementary rule for this year's competition:

“Any entrant who is fulfilling duties or engagements in connection with membership of the Walker Cup Panel during the Official Practice Days or in the Qualifying Rounds of the Championship may, at the discretion of the Championship Committee, be exempt from the Qualifying Rounds and will be entitled to automatic entry to the Match Play Stage.” This rule, of course, means there be 59 qualifiers instead of the usual 64, and rightly so.

All five of Ireland's Walker Cup panelists, Mark Power (Kilkenny) and John Murphy (Kinsale) being the other two, have received byes straight into the match play draw which will be made on Thursday evening after two days of (qualifying) stroke play rounds.

With the top entrants playing off handicaps as low as +4 or better and the entire field not any higher than scratch, this year has about as strong a field as has ever been gathered, which must please the main sponsors, Pierse Motors VW (Tipperary) greatly but it is also at the expense of local golfers, of which there are fewer than ever before included.

That's a shame because there is nothing to cause as much excitement for the spectators than an unheralded, local golfer, unknown on the national scene having a member of the international elite panel 'on the run' and even knocking him out in the earlier rounds.

By all means seed the few players who deserve the privilege straight into the match play but give more locals a chance to qualify too. Elitism has gone too far when local golfers off 1-handicap do not get to play in the South.

When the inaugural South was held in September 1895 amateur golf was enjoyed only by the privileged few.

A ball cost two shillings (10c) which was the exact same price paid for a golf ball as much as 50-years later, while a five course dinner in a top class hotel or overnight bed and breakfast accommodation in a comfortable commercial establishment was also two shillings.

What was the average income, you might well ask? Whatever it was, you would have needed the wealth of a modern day polo player to be able to afford a golf club membership.

Do not believe people who tell you golf today has become too expensive. It's all relative.

Apart from the first two years, the early 'Souths' were dominated by Scottish and English golfers including one of the all-time great amateurs, Harold Hilton, the winner of four British Amateur and one US Amateur Championships, who came across the sea from Royal Liverpool in 1901 and 1902 but returned home empty handed.

After the First World War, for many reasons, visitors from overseas became few and far between. Not so in 2019!