Limerick and Kilkenny a 'steeplechase' battle according to John Kiely 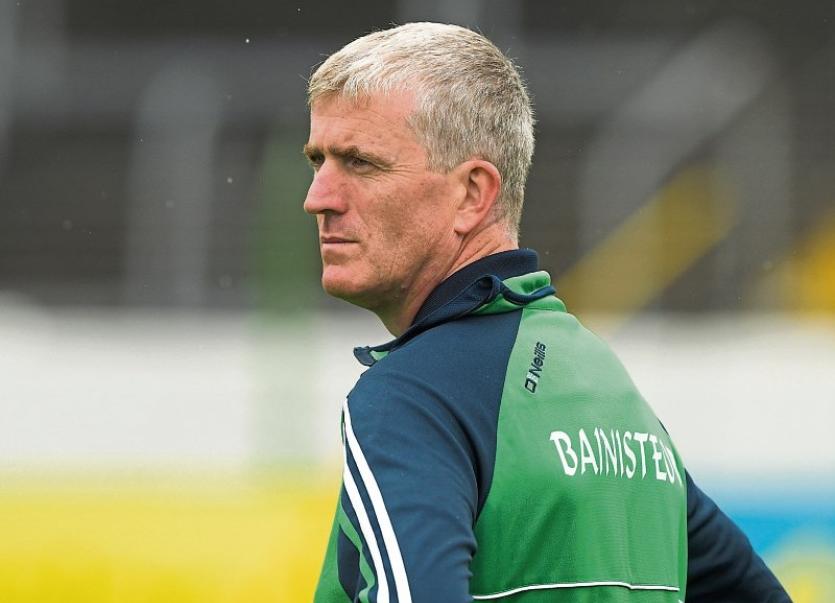 JOHN Kiely has his players under starters orders for an All-Ireland semi final he has described as a “battle”.

“We’re very much focused on the next hurdle, we’re like a horse in steeplechase. You can reflect on a great jump you just had and then the next fence you go out on your knees, out over the ears and you’re gone,” outlined the Limerick hurling manager this week.

“We’re very much focused on the next day, always. We’ll try to take the learnings from games we’ve played, but that’s all we do, is take those learnings and try to improve on the past. I have blinkers on regarding the past, the past is really irrelevant to me. Whether we beat them last year or the year before, that has nothing to do with this year,” stressed the Galbally man.

Saturday will be the first time ever that Limerick and Kilkenny meet in three successive championships – the boys in green bidding to repeat their heroics of last year’s quarter final win.

“At the time it was an important victory, there is no two ways about that,” recalled Kiely of Thurles last Summer.

“But has that come into my horizon in the last three weeks? No. This is 2019 that was 2018. A lot has changed and yet nothing has changed, if you like, because going into the game on Saturday evening no matter what you have done in the lead up to it you know that you are in for an almighty battle and that is just the way it is.”

He explained: “Semi-finals are real battles. You saw it last year with the semi-finals. Two amazing battles. One of them had to go to a replay. One had to go to extra-time. They are there for the winning. And it is going to take a really top drawer performance to get through”.

“The boys have reasonable record against Kilkenny teams in the past, but I repeat, the past is no barometer for what’s going to happen on Saturday. You’re only as good as your last game, and our game Saturday, how are we going to look back on that Sunday morning? Are we going to look back and be proud of the performance? That’s all that concerns me, and that’s what my focus is on, getting the best performance out of the lads.”

On Saturday Limerick and Kiely bid to defy the record books that show just four wins from the last 14 times the Munster champions advanced directly into an All-Ireland semi final.

“We have very much embraced the challenge of the route we’ve taken, going straight to the semi-finals - and being aware that very few teams have been able to do that. We see that as a wonderful challenge for us to overcome, we acknowledged that straight after the Munster final, that this was a great challenge to immerse ourselves in. To embrace it and take it on. That’s what we’ve done with our work in the last two weeks, in terms of the intensity levels in training, and not having any fear of that concept but embracing the real challenge that it is.”