Limerick SFC kicks back into action after mid-season break 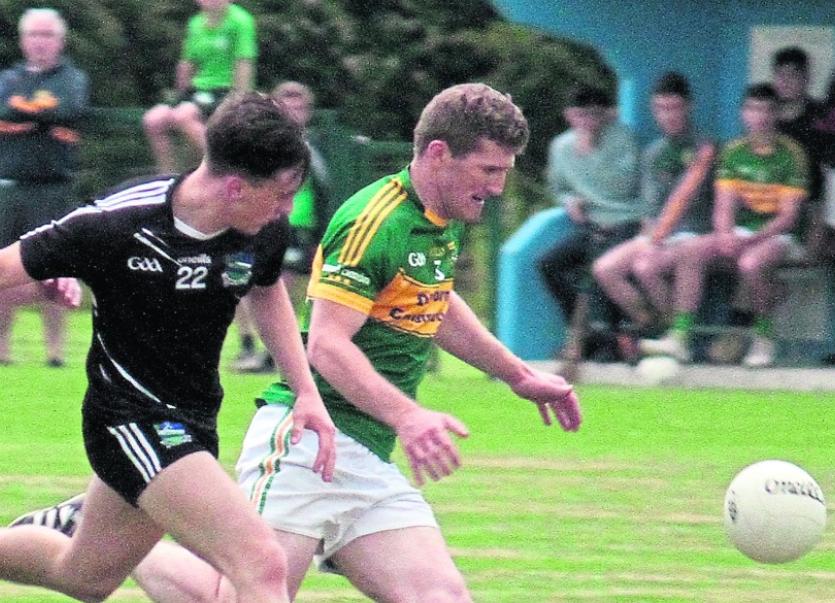 WHILE most attention focuses on Croke Park this weekend, the Limerick club football championship also swings back into action.

It’s round one of the JAFC and after a 16-week breaks it’s round three time in the Limerick SFC and IFC.

The next round of SFC and IFC has yet to be scheduled but is in the Master Fixture List for the weekend of August 1-4.

Two sides were very different starts to the championship – 2018 intermediate champions Galbally losing to Oola and Na Piarsaigh, while Newcastle West had wins over Drom-Broadford and St Kierans.

Both have since enjoyed good League campaigns – Galbally reaching the Division Two final against Claughaun and Newcastle West playing St Kierans in the Division One final, which requires a replay.

Galbally are the only side yet to score a goal in the SFC.

When these sides met in the League St Kierans were 1-13 to 0-7 winners enroute to contesting the Division One final against Newcastle West – which is going to a replay.

Back in March and April St Kierans brought a 50% record into the Summer with a championship win over Na Piarsaigh and a loss to Newcastle West.

Drom-Broadford are in a period of transition and lost to both Newcastle West and Oola in the early rounds of the SFC.

A bottom of the table clash – both losing their two previous games in the championship.

It’s simply a must win for both sides to move away from relegation trouble.

Both sides are unbeaten and can firmly put one foot in the knockout stages with a third straight win here.

Back-to-back champions Adare accounted for Monaleen and Fr Caseys back in the Spring, while Ballysteen had wins over Ballylanders and Monaleen.

The Estuary men in green and gold have scored 5-22 in two games and yet to conceded a goal.

Oola are flying high with wins over Galbally and Drom-Broadford – scoring 8-22 and not conceding a goal. The city side lost to St Kierans but then beat Galbally.

Much interest here will centre on the involvement of any inter-county hurlers.

These two sides carry 50% records into the Summer – both beat St Senans, while Ballylanders lost to Ballysteen and the Abbeyfeale men lost to Adare.

It’s the 2015 county championship quarter final since the sides met in the championship – the south Limerick men winning that tie by three points in the Gaelic Grounds.