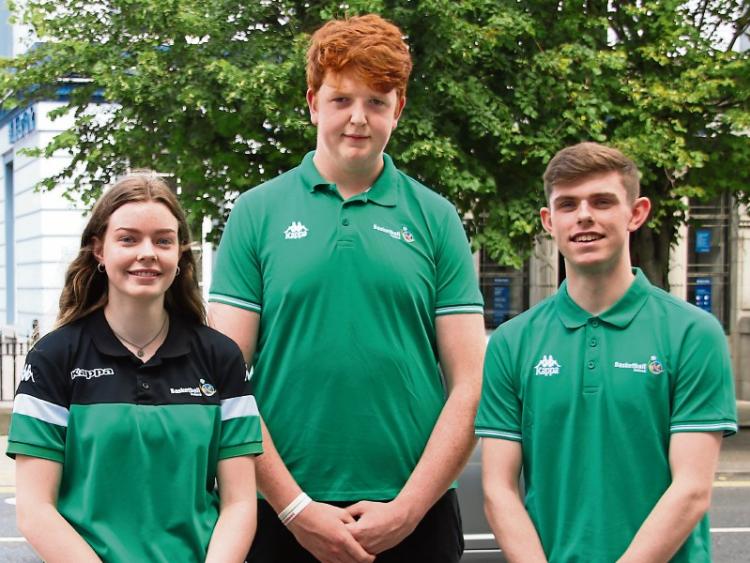 THREE Limerick teenagers are bound for the European Basketball Championship. Among the trio are brother and sister Nathan and Sophie Moore. Limerick Lions star players Ronan Cregan and Nathan Moore fly out to Oredea in Romania to play in the U18 FIBA European Championships in later this month.

In mid-August, Nathan’s younger sister, Sophie Moore who plays club basketball with St Colms, is a member of the U16 Ireland Womens team that takes part in the U16 FIBA European Championships in Sofia in Bulgaria.

Sophie has played several International games as part of the team’s preparation and will be heading to Germany in a couple of weeks hoping to build on their successes to date.

Sophie and her Irish team mates collected the runners up trophy at the recent Dussman Tournament in Luxembourg with great wins over Croatia and Luxembourg.