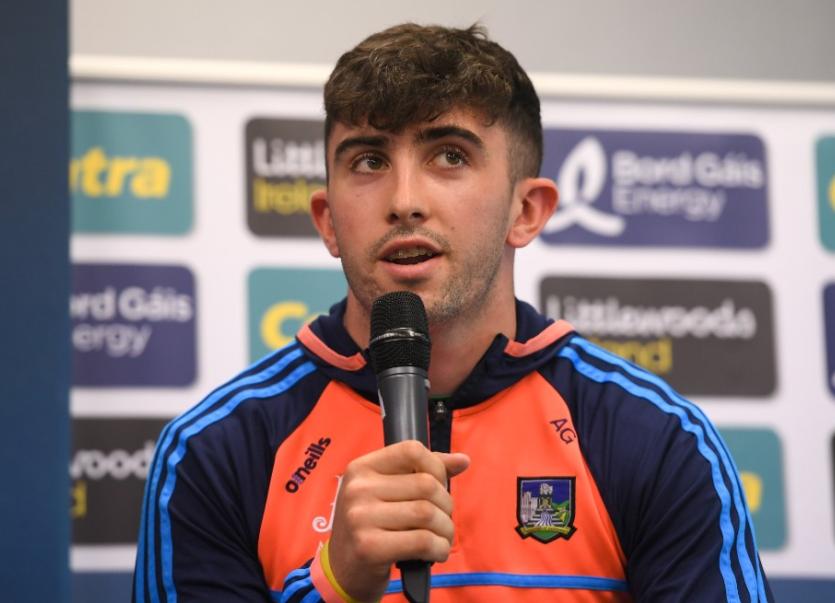 “WE are all just delighted to be living our dreams at the moment, beams Aaron Gillane ahead of Limerick’s All-Ireland SHC semi final with Kilkenny.

On Saturday Limerick play in successive Croke Park semi finals for just the second time and Gillane and Co are bidding to reach back-to-back All-Ireland SHC final for the first time since 1973-74.

Gillane stresses that Limerick won’t be taking anything for granted against Brian Cody’s Kilkenny.

“We won’t be looking past this semi final and we can’t afford to - if they get a hint of complacency from us, we will be wiped out. There is no point looking past July 27 and we won’t,” insisted Gillane.

Limerick are back in Croke Park, where the last two visits saw the green and white heroes lift All-Ireland and League honours.

"It’s something to look forward to and it is the pinnacle and where you want to be playing when you are growing up and it’s where everyone strives to be from when you are five or six,” said the Patrickswell star.

Gillane believes Limerick have improved since 2018.

He explained: “You always want to be improving - if you are doing the same thing in every match, you are going to become a one-trick pony so you need to mix it up a little. It’s not about hitting the ball in high and hope for the best - you have to be making the clever run and mix it up a bit”.

The free-taker insists there is no secret to the success under John Kiely.

“I think we have brought it up another notch this year. It’s the easiest thing you can do - work hard. You are guaranteed that you can go out and work hard whereas you might not score five or six points but if you put your mind to it, you can go out and work hard and hopefully be rewarded for that at the end of the game. That’s our motto,” outlined Gillane, who has scored 2-40 enroute to the All-Ireland semi final.

The Limerick star is loud in praise of the role played by coach Paul Kinnerk.

“We are lucky to be playing in an era where we have Paul as a coach. He is the best that I have ever come across and I would say that I could talk for the rest of the boys in that too. He is unreal and I can’t talk highly enough of him - he puts so much time and effort into studying games and making up new drills for training. He loves it but I guess he has to because he puts so much time into it,” said Gillane of the Monaleen man.

He added: "He is brilliant and deserves all the credit he gets".

"Everywhere that he has been, he has brought success so I don’t see why you wouldn’t trust him - he knows the game better than anyone and has been there and done that," said Gillane, referencing Clare 2013 All-Ireland win under Gillane.