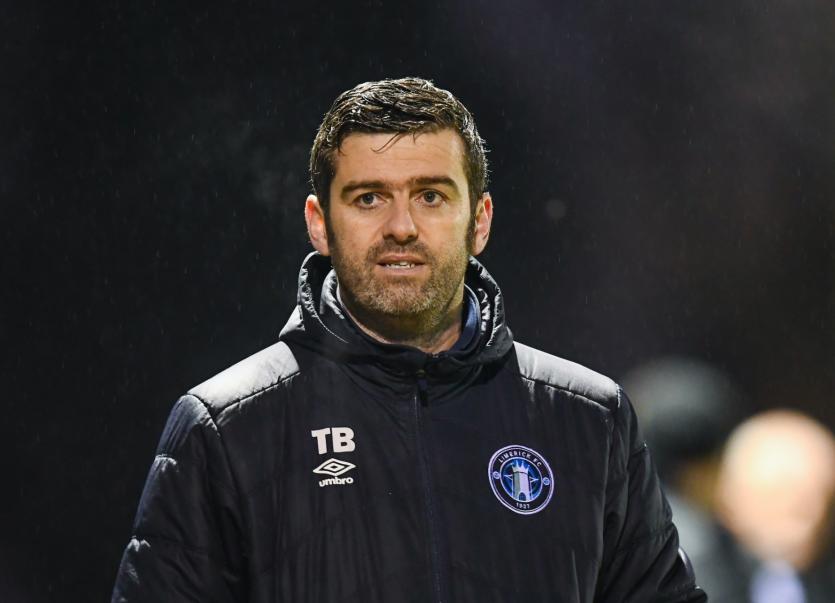 Limerick FC boss Tommy Barrett spoke following his sides 4-1 reverse at the hands of promotion hopefuls Drogheda United. While is was just the second home defeat for the Super Blues in 2019, it has left Barrett and his players with a  mountain to climb if they are to secure a promotion place.

“We’ll keep going, Drogheda play Cabinteely next week and if we beat Cobh it could be down to seven points – you never know. It will be really difficult for us (to finish in the top four), but we’ll keep plugging away”

While Barrett remained optimistic about his sides chances, he was also aware of the difficulty of task ahead. “We’d have to beat, Cobh, Cabinteely and Wexford and we’d have to get something out Galway and Shelbourne away.”

There was also disappointment at the crowd of just 321 at the Markets Field, despite Limerick going into the game within touching distance of the top four. “You saw we played really well. I’m disappointed with the crowd, particularly when you see Galway hosting Shelbourne in their last home match and they got 816, even though they are bottom of the league. We were in fourth and played Longford and again tonight we only got 300-400.”

Barrett, who played with the club when it was reformed over a decade ago, spoke about the continuing issues facing soccer in the region, “The attendance doesn’t say much for soccer in the region and in the city, we know the reasons behind that. Things are too fractured in the City and County – some of that is our own fault, we haven’t done things right and we probably haven’t branded ourselves right. We have to except responsibility for that.”

Having played many years in junior during his playing days, Barrett acknowledged that perhaps junior soccer is a more attractive prospect for players and that his hands are tied in his bid to bolster his squad. “We can’t sign professional players – we couldn’t sign Darragh Rainsford, even if we wanted to.”