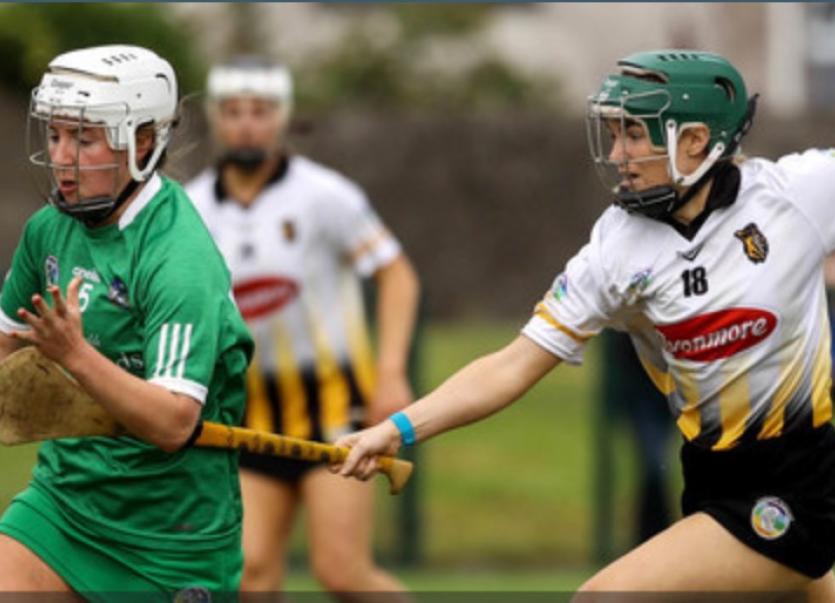 Kilkenny were irresistible as they confirmed their place in the Liberty Insurance All-Ireland Senior Camogie Semi-Finals on August 17 with a 4-23 to 1-13 triumph over Limerick at the John Lockes grounds in Callan.

There was some consolation for the beaten team as their place in the Quarter-Finals on August 3 was rubberstamped by Galway’s defeat of Wexford in Bellefield.

They were never in contention in this tie though as Katie Power, Denise Gaule and Michelle Quilty hit four points each for Kilkenny to lead by 0-16 to 0-6 at the interval.

It was stunning shooting by Ann Downey’s troops and Limerick had no answer, relying on four points from Niamh Mulcahy to retain some semblance of hope.

That was removed within a minute of the restart however, as Anne Dalton struck for a goal, and it was plain sailing from there, Power, Quilty and Dalton pouncing for further majors before Rebecca Delee grabbed a consolation three-pointer for Limerick.

It was all too easy for Galway as they returned from Enniscorthy with a 3-25 to 0-4 success to cement second seeding from Group 1 behind the Cats, having led by 2-10 to 0-3 at the change of ends.

In Group 2 Tipperary made seven changes from their regular side but Meath put them under so much pressure that Niamh Lillis had to introduce some of their experienced players to eke out a 0-15 to 0-11 win at Donaghmore Ashbourne.

The home team excelled in the first half and that laid the platform as they led by 0-11 to 0-10 in the closing stages, thanks to the contributions of Jane Dolan, Kristina Troy and Megan Thynne.

Tipp scored the last five points however, Nicole Walsh marking an eye-catching return from injury to give them the lead in the 58thminute, and scores from Miriam Campion, Cáit Devane and Grace O’Brien in injury time put a very flattering look on the scoreline.

The winners move into the Quarter-Finals but given their obvious improvement and increased competitiveness this summer, Meath will go into their relegation play-off against either Wexford or Offaly with optimism.

Clare and Dublin produced a thrilling draw at Parnell Park, Orlaith Duggan hitting a dramatic injury-time point to grab a deserved 4-5 to 2-11 share of the spoils.

Ger O’Connell’s charges had been dominant in the first half, at the end of which they led by 1-8 to 1-2. That was despite a blistering start from Dublin, who led by five points early on thanks to Aisling Maher’s goal, but Clare hit the next nine scores in response.

Mairéad Scanlon shot a goal and six points as the Bannerwomen looked to make a definitive move but it was Dublin who held the whip hand in the second half, hitting 3-1 without replay. They still led by two points late on but after Chloe Morey halved the deficit, Duggan did the needful to salvage the draw.