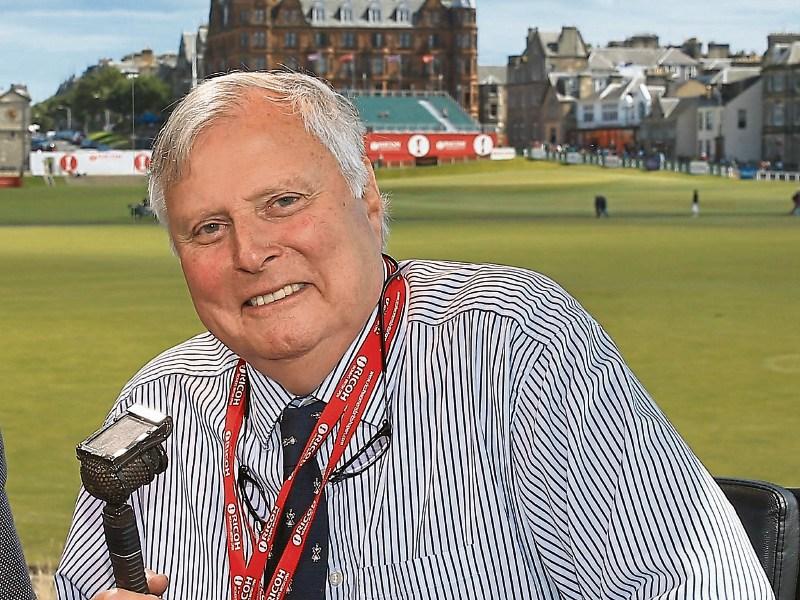 Male touring pro golfers shooting in the low-60s is a regular occurrence but it doesn't happen so often in ladies amateur golf. A new course record of 64 set by Irish International, Sinead Sexton, playing off +3 in the Nozomi Open Day at Spanish Point translated into 39-points and won her first prize.

Sinead started with two unremarkable pars before making a birdie four at the uphill, third hole. A par three followed on the fourth before an unlikely eagle sparked an incredible run of golf: 3,3,4,4,3,2,3,4,4,2 (29-blows for 9-holes and 32-strokes for 10-holes) Calamity struck at the ‘easy’ 15th. A visit to the rough resulted in an ugly, double bogey six. Another birdie putt went down on the 16th green before a par, bogey finish added up to 64. What a great score.

Another lady golfer in top form is Patrickswell-born, Helen Harty, who is a member at Castlegregory where she runs a busy, golfer-friendly B&B, 'The Netherlands'.

Helen, who never played golf before she moved to Castlegregory is now as committed a golf addict as you will ever meet and one of Castlegregory's staunchest members.

Helen maintains (rightly) that if you need to juggle a busy lifestyle - a quick nine holes whenever you can fit it in is the perfect solution. Helen won her fifth Ladies Captain's (Karen Tess) Prize last week with a scintillating 61 nett off 25-handicap.

“It was the best round of golf I have ever played, and I'm delighted” She enthused and why wouldn't she?

Limerick Golf Club's Lucas Lyons shot a brilliant four under par 68 at Ballinasloe to win the Connacht Boys Under 14 Championship by five shots. Lucas is a member of the Limerick team that has reached the Munster semi-final in August.

“The pros today spend too much time practicing and not enough time playing. Hit the fairways, hit the greens, don't three putt and you'll make a fortune! Pros who tell you they don't play for the money and it's all about the love of the game are talking ‘Bollocks’

“There is nothing to compare with having a few quid in the Bank.”

When Peter mentioned that he had, thirty-one career wins, eight Ryder Cup and 10 World Cup appearances to his credit and that his total career earnings came to just under £30,000, it was a reminder why I never turned professional. The millionaire-celebrity status of golf pros is a recent phenomenon.

“You have to play golf properly. You cannot fiddle around with golf. There are as many people playing golf as ever but they don't play as often and fewer of them are members of clubs”

Of the man who was absent from Lahinch (Rory McIlroy) Alliss had this to say: “Rory is very talented but he makes too many elementary mistakes. Great players can always put a score together when they are not playing their best. McIlroy doesn't have a money tree. He has a money orchard. I would like to see Rory with a bossier caddy, like Steve Williams or Billy Foster, who would tell him: “Here, hit that club and shut up!”

Peter had a special mention for 'Himself', Christy O'Connor, Senior: “Christy began coming across (to Britain) relatively late, in his 30s. He was well worthy of winning The Open Championship. We were all club pros back then. Looking after our members was our primary function. Tournaments were played midweek and ended on Fridays so we could be back in our shops on Saturday morning. We were part-time golfers. Transatlantic air travel was too expensive. Playing in the majors in America wasn't on”

When I met Peter and his charming wife, Jackie, in the clubhouse on Wednesday morning. I reminded him of his visit to open a new clubhouse at Limerick Golf Club in 1966 when he was the only one of four professionals (the others were Christy O'Connor Senior, David Thomas and Harry Weetman) who managed to defeat three top amateur internationals in a 36-holes, better ball, head-to-head.

Not surprisingly, he had only a hazy memory of a day when he shot 68, 66. Peter was far more interested in my own little, story of why I wasn't at Ballyclough on that day. I was attending University in far off Florida. But, I did actually meet him at Augusta during The Masters the following week when I was invited into the clubhouse for breakfast by the famous, golf writer, Henry Longhurst who had adopted me as his ‘ice runner’ after we had met at Atlanta Airport waiting for our connection to Augusta on our way to the tournament. The running I was expected to do was with a large jug of ice to supplement Henry's G&T's that I delivered promptly on the dot of 3 o'clock to Mr Longhurst's crow's nest TV broadcasting tower overlooking the 16th green.

Words of the Wise:

The 2019 Open Championship will be under way by the time you read this. I'm hoping one of the home contingent wins but I wouldn't bet against Jon Rahm bringing off a unique Irish double. As for Tiger Woods: if he wins I'll be amazed but I have to admit that I have underestimated him in the past.