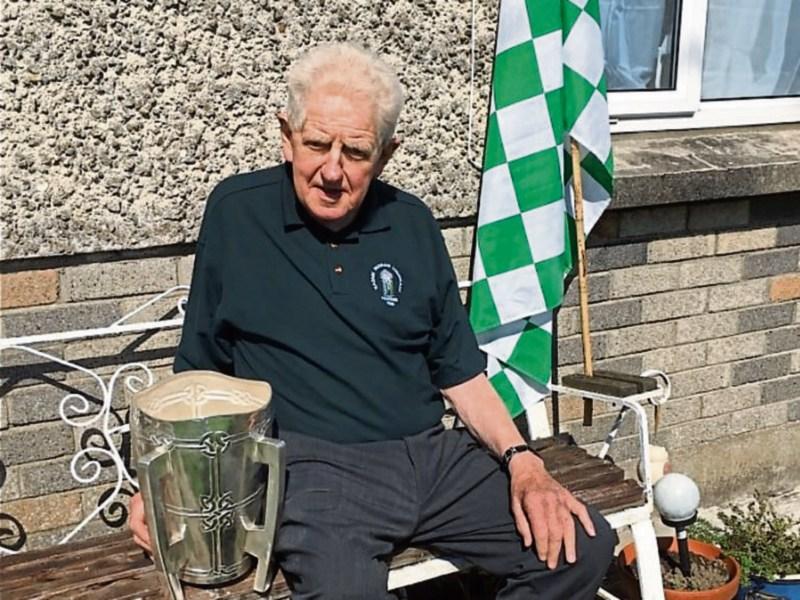 One of the most important pillars in the history of St Patrick’s GAA club passed away last week. Jack Sheehan was a legend in the club and was widely respected throughout the entire organisation in Limerick GAA.

He was a leader in so many respects. The part he played in the lives of countless children though will never be known. His role was similar to a master, teacher and cultivator of all that is good and this was reflected in the huge attendance at his funeral.

Jack Sheehan was a quiet man, a man that was immense in the many roles he played in St Patricks GAA club. His passion for gaelic games and the values it instilled in young boys was the only reward he needed. Men like Jack are slipping away from us and their value is only truly reconciled when they are gone.

It’s more than thirty years since I first met Jack Sheehan. He was so much a part of the City Board and was also a delegate to the County Board. He had the great habit of sitting back and listening. He would take in what others had to say but when it mattered most he would bring sense to the discussion.

Jack Sheehan had a long life. Many things were important but I am pretty sure that family, GAA and politics would best describe him.

At various times the order that I have listed might well have been altered but each played a key role in his daily life. Hundreds turned up on both days to honour a man that gave so much.

The GAA was central to his life and the contribution he gave to St Patrick’s could never be measured. City clubs have to work a great deal harder to develop what happens naturally in rural clubs. Jack Sheehan was always promoting for St Patrick’s and many of those kids now adults stood in St Patrick’s church with tears running down their faces. It showed the impact Jack Sheehan had on them. All those years later grown men were now expressing the admiration they had for him.

Loyalty to St Patrick’s was one of the special qualities Jack Sheehan had according to Tom Downes who had so many great memories of the man, “My father died when I was very young and Jack Sheehan always looked out for me. He was such a special man and always looked out for others. His influence was not just on the field of play or the club in general but he took a great personal interest in young lads. He would find work for them, he would give them references but most of all he would give them guidance.

“In so many ways Jack Sheehan was St Patrick’s. It was his life. He was secretary of the club in 1948 and only stood down as an officer two years at the age of ninety. That tells you everything you need to know about the man. The club was so important to him. Not a day went by without him going to the field and making sure the tasks laid out were completed.

“He wasn’t a man for the limelight but instead he was happy to stay in the background and leave others to the front. Jack gave over eighty years service to the St Patrick’s and the GAA as player, officer, referee and just about everything. He just wanted our club to be the best they could be and while we had difficult days from time to time he never stropped working and encouraged people to do their best.”

County Board Chairman John Cregan was in attendance and was rich in his praise of Jack Sheehan,

“It’s been a very difficult time for the Sheehan family and also the St Patrick’s club. They have lost some outstanding people in recent times and the loss of Jack Sheehan will be a huge loss to them. He was so well respected at all levels in Limerick GAA.

“He represented the club at County Board meetings and was a strong and solid advocate. The GAA is only as good as the people that represent it and in Jack Sheehan the GAA had a man of great integrity. He won respect at all levels and that is not easy to achieve. It takes a man of great quality to achieve that and on behalf of the Limerick County Board I would like to offer my sincere sympathies to his family and his club St Patrick’s.”

Over the last twelve months the St Patrick’s club have lost three outstanding club men, JJ Kennelly, Paddy Quilligan and last week Jack Sheehan. All were club trustees and that tells you the importance they carried in the club.

As people stood outside the church on the Dublin road last week stories were plentiful about Jack Sheenan. They spoke with such love for the man and they also spoke about how he somehow managed to pack an entire team into his car. He left many of those young boys with memories that have last them a life time.

If the GAA was only about winning there would be few enough clubs. It was about much more than that to Jack Sheehan. Nowadays I hear a new tag line for the GAA, “Belong” long before the marketing lads came up with that Jack Sheehan was making it happen where it matters most at club level.

Michael Sheehan spoke at great length about his father and the values he had. He gave us an insight into just how much St Patrick’s GAA club meant to him and how proud he was to see Gearoid Hegarty win an All-Ireland medal and bring the Liam McCarthy Cup to the club house.

We can only imagine how Jack Sheehan felt when he saw Gearoid Hegarty walk into the club with the Cup. In many ways it would have fulfilled all that he wanted, it was reward also for the hard work he and others did over decades to make sure young boys can achieve great things when given the opportunity to play.

Jack Sheehan has left a legacy that others will now have to follow. He will have left values that will guide others when decisions have to be made.

Jack Sheehan would have been at home when the GAA was formed in 1884 in Thurles. He would have been at one with Cusack and those far thinking men that had such vision. He followed their wishes and in doing so gave a life time of enjoyment to so many young boys. Jack was a devout man, a man that was honoured by the Pope for his services to the church.

I have said before that men that offer such loyalty to the GAA should also be honoured. He served the GAA because he loved it and what it stood for and in St Patrick’s and Limerick that will never be forgotten.