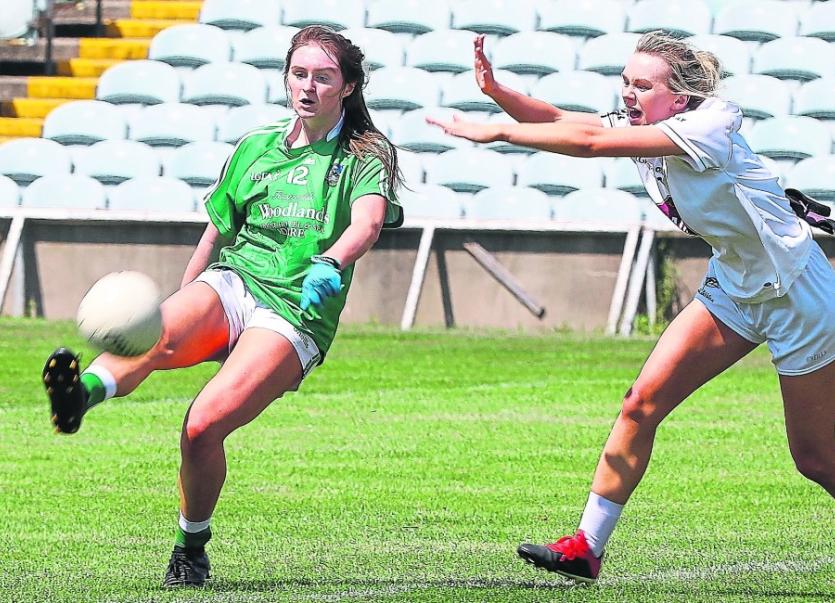 LIMERICK face over 600km of a round trip this weekend for a crucial round two tie in the TG4 All-Ireland Intermediate Ladies Football Championship.

Limerick play Down in St Marys GAA grounds, Burren on Sunday (1pm) in a battle of two sides that lost in round one.

With the bottom side in the four team group involved in a relegation play-off, John Ryan’s Limerick will be anxious for a victory in Co Down ahead of the final group game away to Sligo.

"I think there is a massive step up from junior level - the thing is that we need to come up to the space of the game. We have learned an awful lot from today - as a management team and players," said Limerick manager John Ryan.

"We have to be honest as a management and as players and today we just didn’t get going," recalled Ryan.

"Basically we are into knockout championship now - if we lose next weekend we are gone from the championship and into relegation," stressed Ryan.

"The one thing that I am positive about is that second half - I thought the girls never gave us and worked fierce hard off the shoulder and that’s what we told them in the dressing room at half time. It’s a learning curve for management and players but it’s a massive step up from junior. It’s about getting ourselves right, if we get our own dressing room right, then we will hopefully got up to Down and get a win."

All-Ireland junior champions in Croke Park last September, Limerick are finding the step-up to the intermediate ranks a rough journey.

After defeats to Clare and Tipperary in the Munster IFC, Limerick lost by 10-points to Kildare - failing to score from play in the second half.

All had started so well for Limerick with two goals in the opening five minutes but ultimately they fell to a 3-15 to 3-5 defeat.