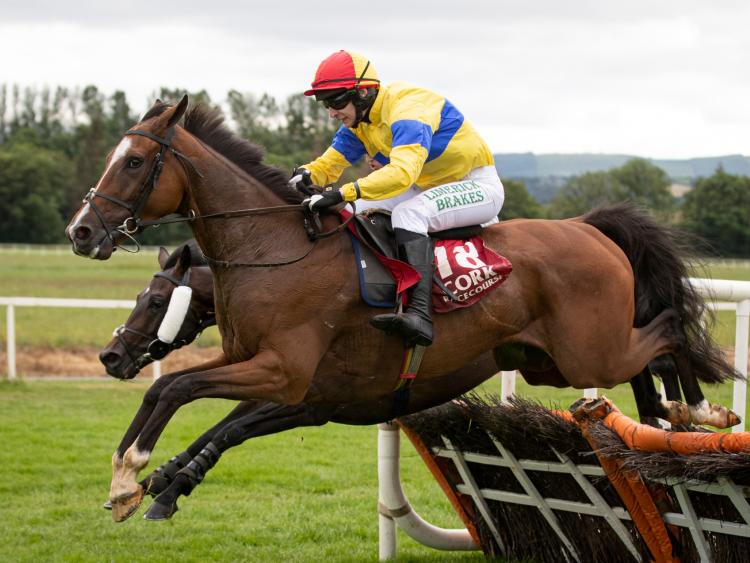 Oola jockey Cathal Landers was first off the mark at Cork on Friday, as the Padraig Mullins-owned Rip Rocks Paddy Ok took the four-year-old maiden hurdle. Trained by Andy Slattery, the 7/1 shot readily overturned 5/4 favourite Fightfortheroses, running on strongly to the line to score by six-and-a-half lengths.

Charles Byrnes and his old ally Davy Russell landed the maiden hurdle over the same distance with Turnpike Trip. A huge drifter in the market, the five-year-old won at odds of 5/2 having opened in the betting at the track as the even money favourite. In the colours of the DIPs Partnership, he beat the gambled-on 5/4 favourite Golazo by a length. The last time Ballingarry handler Gillian Scott trained a winner was back in 2010 when she was known as Gillian Lee, but she ended the streak when touching off her neighbour Charles Byrnes in the 3m maiden hurdle with 16/1 shot An Fearchan. Owned by Scott's mother Edwina Finn, the eight-year-old showed great resolution under Mark Enright from the final flight to see off the Byrnes-trained Sky Marshal by a head. It was Enright’s first winner back from injury.

There were joyous scenes in the Roscommon winners’ enclosure as Chasing Abbey returned to a delighted Under The Bridge Syndicate and County Longford trainer Paul Flynn after landing the opportunity maiden hurdle. Donal McInerney was the hero of the hour as he got the 8/1 shot home by three parts of a length from the Eoin Doyle-trained Dunbar.

Chris Hayes landed a winner for Kevin Prendergast when Raphael won the 8f handicap at Leopardstown on Thursday night. A well-supported 11/4 favourite, the four-year-old was never far off the pace and gamely held off the late charge of Phoenix Open to score by a short head. Hayes was also a winner at Newmarket on Saturday when he landed a handicap over 8f on the Richard Hannon-trained Motakhayyel. The 5/1 chance is owned by Hamdan Al Maktoum.

Scott’s brother Billy Lee was a winner at Navan on Saturday where he teamed up with trainer Mick Mulvaney to land the 5f handicap with 6/1 chance Early Call. Never far off the pace, the four-year-old won by half a length from the Joseph O'Brien-trained Little Clarinet in the colours of Lar Mulvaney. Lee was a winner again at Fairyhouse the following afternoon when he partnered easy winner Super Treat in the 7f maiden. The 3/1 shot was Doyle’s first winner of the Flat season.

The father and son team of Eric and Conor McNamara took the 2m2f handicap hurdle at Limerick on Saturday with Celtic Dancer. The 5/1 co-favourite, owned by the Celtic Steps Syndicate, came from well off the pace to pip Ard Na Carraig by a nose. The jockey was back in the winners’ enclosure at Sligo the following afternoon where partnered the Gavin Cromwell-trained 11/2 chance Cailean’s Angel to a nine-length success in the 2m4f handicap hurdle. It was his tenth career winner. Mark Enright landed a second success in the space of three days when he took the 2m4f handicap hurdle on the Brian Cawley-trained Trendsetter. “I broke two bones in my shoulder at Fairyhouse in the Irish National at Easter and was out for about 13 weeks. It took longer than we thought, and two winners from three rides since I’ve come back is not too bad”, said Enright.