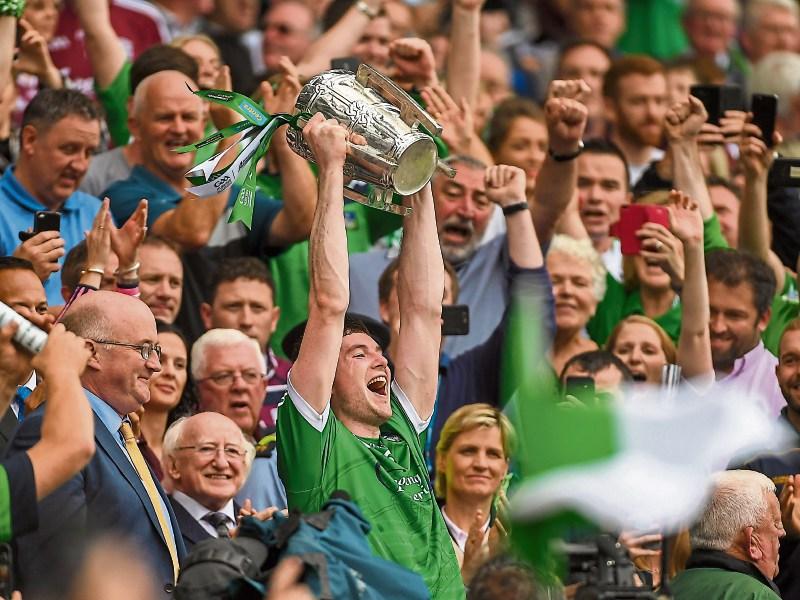 Can Limerick win back to back titles? Martin Kiely thinks so

After years of enduring unprecedented pain supporters of the Limerick senior hurling team are certainly enjoying this golden period. Young followers of the game will have seen nothing but success and for so many their first trip to Croke Park saw the county win the All-Ireland last year.

They are very different times from what went before and it looked like the dream of so many would never be realised. Thankfully the long wait ended last August. Watching Limerick winning saw floods of tears in Croke Park and all over the world. For all it was a special time and one that we will never forget.

We would have been happy to enjoy what we had but John Kiely and the team management had other ideas.

To think that they would fire up the engines again for the National League and what’s more they would go on to win it left supporters and commentators thinking this team had a greater hunger. Nothing is left to chance in the Limerick set up and as mentioned last week, this group know what they have and they want more.

Winning the Munster title in the manner in which they did turned many heads but it was surprising to see just how many felt that Limerick would come out second best.

Seasoned commentators were well off the mark and many of them were left scratching their heads after the game.

For as long as I can remember Limerick hurling has always been in the shadow at senior level. Yes, we had great hope from time to time but in reality we never finished the job. Limerick had various groups of players that threatened to do great things but it never happened for a variety of reasons.

What Limerick has now is refreshing and it should be the standard by which things are done going forward. For years politics had a major part to play. It’s not fully left the system at County Board level and it will never leave it but from a senior hurling point of view the best players are playing and the players on form are getting the opportunity.

That wasn’t always the case in Limerick but right now John Kiely and his management team are focused on doing it right. There was a time when you got a Limerick jersey and the player decided when he would return it. By that I mean he decided when to call it a day. That sort of stuff was very much in place until recently. In my opinion, some shocking stuff was tolerated by weak management teams and it was no surprise that success didn’t come our way.

I hear a lot from people by phone, email and letters and the common thread in recent weeks is, wouldn’t it be great to at least win one more with this team.

Now, what’s this one more about. Limerick needs to dream bigger and better. We need to drive on and win all that is possible with this team. One or two didn’t enter the mind of Brian Cody. To him it was always about every game possible. He and his teams set all kinds of records in hurling and I see so much of what he had in this current Limerick team and set up.

This Limerick team can be what ever they want. How great is their hunger? How much do they want it? I could add a few more questions but the answer to both is that right now this team are savage hungry and they look like a team that want to back up what they did last August.

Good teams win one and great teams win two. To win back to back would be an enormous achievement given the current state of the game. It takes a huge amount to do that but Dublin footballers have shown that it’s very possible.

The big advantage for Limerick is the age profile of the team. Sure some players might fall away and if you want to keep winning then that has to happen. Brian Cody had a habit of not resting on his laurels and players were never sure they would survive from one year to another.

Limerick hurling is on the crest of a wave right now and should they win back to back titles then this team will rightly join some of the great teams that have achieved such honours in the past.

I would suggest we have yet to see the best of this team. They have so much more to give and they are playing at a level that others are currently finding hard to match.

Honesty within the group were words I heard Brian Cody speak many times about. In all of those interviews I did with him after major titles were won he used those words. At the time we might have taken what he said into account but looking back it was the bedrock of his great teams that won so much.

The moment you take your feet off the ground is the moment you and the team you are part of become very vulnerable. John Kiely has done an amazing job in managing the success so far.

Limerick had achieved “Master” degrees in getting carried away after minor success. Integrity and humility are the cornerstones of great players and teams and those that manage that are appreciated for the manner in which they achieved success.

While others are hurling Limerick are waiting and that has proven difficult for many teams.

The stats are not in favour of the teams that win provincial titles and Limerick will hope to put that right this season. You have to go back to Tipperary in 2010 for a Munster team to achieve success at Munster and All-Ireland level. This coming weekend will produce who meets Limerick as Kilkenny and Cork are the opening game in Croke Park.

Surprise package Laois will face Tipperary in the second game. Limerick will play either Kilkenny or Cork and this has the potential for a close game.

I had a long chat with Ned Quinn last weekend. As former Secretary and Chairman of Kilkenny he can rightly take a lot of credit for the great success Kilkenny had. His opening line to me was, “Wouldn’t we love to have another crack off ye”.

Now, Cork might have other ideas but one way or another semi finals are hard to win. Winning always applies pressure and Limerick have coped well so far. The fact that either Kilkenny and Cork will have played two games before they face Limerick has to be an advantage. John Kiely and his management team will know the task facing them.

They will be in Croke Park next Sunday and they will try and look for some nuggets that might become evident in a game of this importance.

Limerick will have a couple of weeks of hard work and I would be very confident they will be really sharp come semi final time.

The fixture came out last week and it’s shocking that Limerick will play at 6pm on a Saturday evening.

An All-Ireland hurling semi final deserves better billing than a Saturday evening and the champions deserve a Sunday fixture.

When, where and time won’t trouble John Kiely because their focus will be unbreakable but in the overall this fixture should always be played on a Sunday.

There is a huge amount of emotion around the Limerick team at the moment but emotion should never be allowed get in the way of winning.

The picture will be a great deal clearer after Sunday and then the clock ticks towards another massive contest.