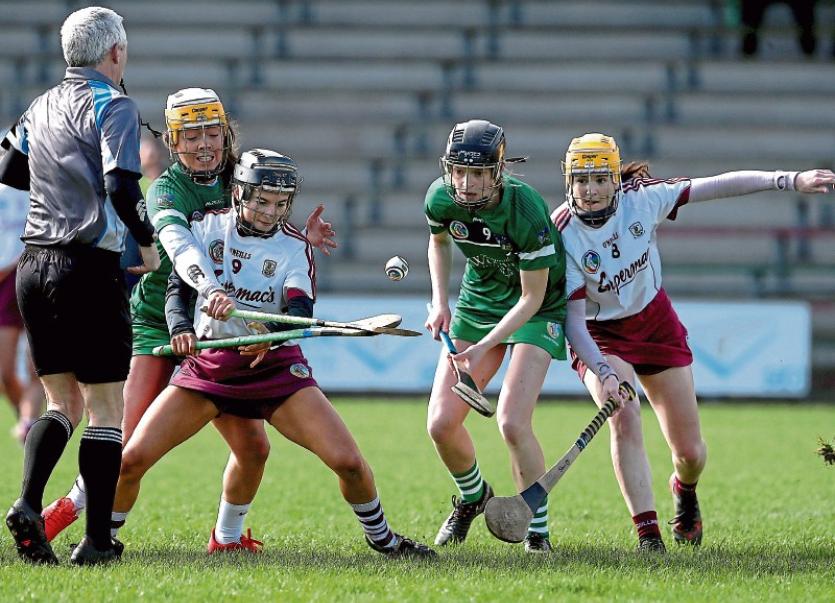 LIMERICK travel to league champions Galway in round three of the Liberty Insurance All-Ireland Senior Camogie Championship this Sunday. The game takes place in Kenny Park in Athenry at 2.30 and will be streamed live on the official camogie facebook page.

This game was to take place last Saturday but was postponed due to illness in the Limerick camp following the well documented water issues in Croagh-Kilfinny GAA grounds the previous weekend when Limerick defeated Wexford.

That win over Wexford and the round one defeat of Offaly has Limerick in pole position for one of the three places in the knockout stages from this group – it would be the first time since 2005 that Limerick have reached the business end of the senior championship.

The Declan Nash managed Limerick have yet to play away to Kilkenny (July 20/21) in their final group game before the line-up for the quarter final and semi final are complete. The quarter finals of the senior camogie championship are in the fixture schedule for August 3/4 with Waterford, Tipperary, Dublin and Clare all still potential opponents if Limerick advance.

Galway have also played two championship games in Group One – losing to Kilkenny and beating Offaly.

This Sunday’s rescheduled tie with Galway is a repeat of the Littlewoods Ireland Camogie League semi final from March when those in maroon were big 2-14 to 0-4 winners enroute to the title. Limerick have however added Ciaran Carey to their management team since that 16-point loss in Birr and have welcomed back some key players to their panel.

The sides met last year in the championship in Bruff when Limerick fell to a 3-14 to 1-11 loss.

The last Athenry championship meeting of the counties was in 2015 when Galway were 4-16 to 0-12 winners in Limerick’s first season back up in the senior grade under manager Joe Quaid.

Five seasons later the Caoimhe Costelloe captained Limerick are on the brink of ending their hoodoo of reaching the knockout stages.

On Sunday, Limerick will calling up a trio of dual players – Rebecca Delee, Roisin Ambrose and Niamh Ryan – who will have played All-Ireland Ladies Football Championship 24-hours previous.

Elsewhere this weekend, Limerick play Waterford in round two of the All-Ireland Junior Championship on Saturday in Bruff (5pm).

Limerick lost to Kerry in round one and have further games against Wicklow and Offaly after this was one of the four games to be postponed nationally last weekend due to the water illness.