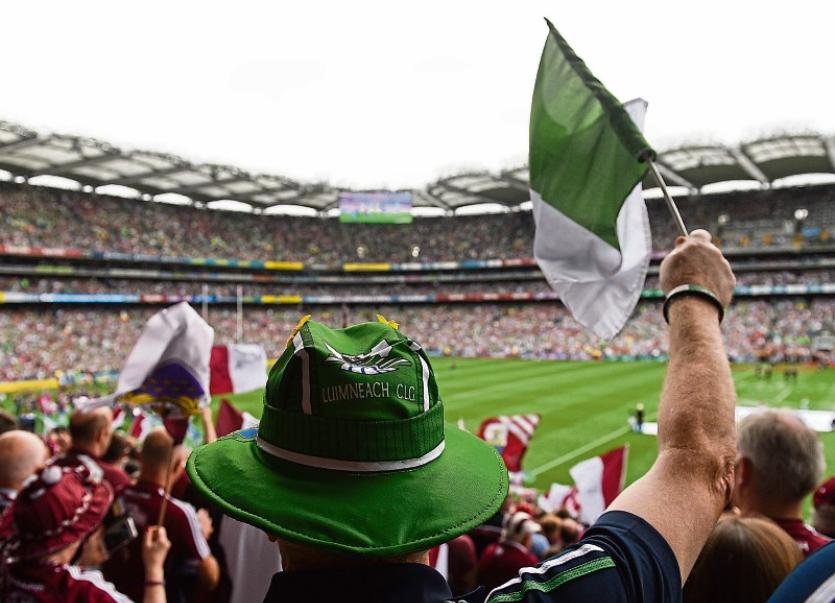 Limerick will learn their semi final opponents this Sunday

A Saturday 6pm fixture isn’t ideal in Croke Park for Limerick’s All-Ireland SHC semi-final. The great benefit of stand-alone hurling semi finals is that they are unlikely to be 82,000 sell-outs and therefore tickets will be available and both family and group ticket offers will go on sale next week.

But a 6pm throw-in has raised eyebrows – especially among those that were hoping to bring young kids to Dublin for the July 27 semi final.

The reality is, families are most unlikely to be able to attend an All-Ireland final so the semi final is a big opportunity.

Transport concerns and the late start have added logistic concerns for families. The last train out of Dublin appears to be 9pm but perhaps Irish Rail may yet facilitate supporters with a special train when the semi final opponents are confirmed.

The Limerick minors will of course provide the curtain-raiser at 4pm so plenty to look forward to for those from Shannonside.

An afternoon start to the senior tie might appeal more to those from Limerick but that too brings it’s own difficulties in a busy Dublin on Saturday afternoon – of course television scheduling most likely had an input too.

All that said, we are in no position in Limerick to take success for granted and I’ve no doubt the green army will be in Croke Park in large numbers.

Time after time Limerick have spoken of the value of their big support and especially when it comes to Croke Park and with extra time on the opposition, I’m sure hotels have been snapped up already by those in green.

Limerick will be playing in back-to-back All-Ireland SHC semi finals for just the second time ever and bidding to reach back-to-back finals for the first time since 1973-74.

Limerick are two wins away from retaining the Liam MacCarthy Cup title for the first time ever and just as the players and management will do their utmost, I’m sure the supporters will so likewise regardless of the 6pm start.