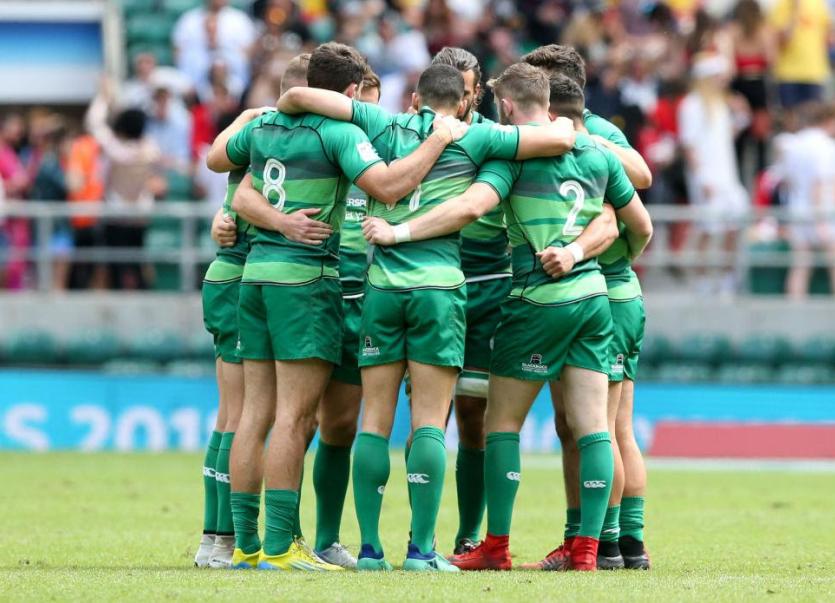 A win this weekend would see Ireland at the Olympics

Director of Ireland 7s, Anthony Eddy has confirmed the 13-man squad to travel to Colomiers in France to compete at the Rugby Europe Olympic Qualification Tournament this weekend and it includes Shannon RFC's Greg O'Shea. The overall winner of the competition will earn a place at the Tokyo 2020 Olympics, while the teams finishing in 2nd and 3rd place will have a final opportunity to qualify for the games via the World Repechage which will take place in 2020.

Having finished in second place at the Rugby Europe Grand Prix in Moscow last month, Ireland are second seeds and head up Pool B at the tournament and are drawn alongside familiar rivals Spain and Russia. The pool is completed by Ukraine, who booked their place in Colomiers after finishing second behind Lithuania in the Rugby Europe Sevens Trophy Series.

The side is captained by Billy Dardis and features the likes of experienced Irish 7s Internationals Ian Fitzpatrick, Terry Kennedy, Harry McNulty and Mark Roche, who have all been a part of the programme since 2015.

Hugo Keenan and Foster Horan return from injuries and are both included for their first tournament since Hong Kong, where Ireland claimed a place as a core side on next season’s World Series.

Jordan Conroy, Shane Daly, Adam Leavy, Greg O’Shea and Bryan Mollen are all familiar faces and Jack Kelly made his 7s debut at the London 7s in May.

Speaking ahead of the qualifiers, Eddy said;

"The season so far has had a lot of positives for this group, with success in Hong Kong and additional learning opportunities in London and Paris on the World Series but one of the key targets for this season is Olympic Qualification.

There are some very strong sides competing in Colomiers at the weekend, but they are sides that we have come up against over the past numbers of seasons so the players are aware of what’s ahead of them and what needs to be done to achieve their goal of qualification."

The tournament, which will be live streamed on RugbyEurope.tv takes place at the Stade Michel Bendicichou in Colomiers and features World Series sides Ireland, France, England and Spain, while Germany, Russia and Portugal have all challenged in Europe over recent years.