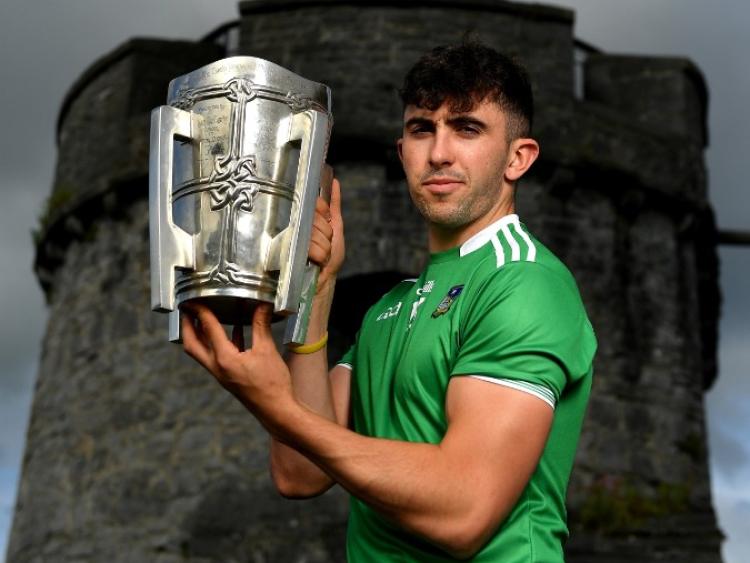 John Kiely's side will learn their All-Ireland SHC semi final opponents this Sunday and Gillane insists Limerick will be prepared for the last four tie.

The Patrickswell man represented Limerick at the launch of the All-Ireland SHC series this Tuesday afternoon - as Liam MacCarthy Cup holders, Limerick hosted the event in Mungret GAA grounds.

Limerick will play Cork, Kilkenny or perhaps Laois in the Saturday July 27 semi final in Croke Park at 6pm.

“The quarter finals this weekend and the semi finals to follow I’m sure there wont be much in them - we have to brace ourselves for that because it will be no walk in the park whomever we are playing,” insists Aaron Gillane.

Limerick’s top scorer has no preference of semi final opponents.

“It doesn’t bother me to be honest - I am just happy we have got this far. Whoever we get, hopefully we can topple them but we won’t be looking too far forward,” said Gillane.

Limerick are now one win from back-to-back All-Ireland SHC final appearances for the first time since 1973/74.

At the end of the month, Limerick will appear in successive semi finals for just the second time ever.

“When you set out at the start of the year with all the tough training, you are working so hard and the reward is to get to Croke Park,” said Gillane.

And, the target is to reach back-to-back finals for the first time since 1973/74.

“We have one foot there now and we want to push on and put in a good display for ourselves come July 27. There is still loads to do - there is still a long time to go yet,” he warned.

“We have the next two to three weeks to get ourselves in good shape and really attack the semi final.”

Gillane insists that Limerick are not going to rest on their Munster title success.

“The management team aren’t foolish or either are the players and no one was over the top in the celebrations - we are only mid-way through the year. Munster is done and dusted now until next year so we are looking forward to the All-Ireland semi final in two or three weeks.”

Limerick go back to Croke Park as All-Ireland, Munster and League champions – the first time in 82 years.

“I think it means a lot to the people of Limerick to have the three major trophies here at once. I suppose you have to celebrate these achievements because they don’t come around too often but at the same time you don’t want to go over the top - we had a day or two to remember what we were after doing but after that you would be mad to get back training and kick on again.”

He added: “You play to win - I don’t see what you would play something not to win. We didn’t come back and sit down at the start of the year and say we are going to win this, this and this - we take every match as it comes and we just try win every match and kick on from there and hopefully it leads you to a good place”.

“I would have taken that of course but it is nice to come along the way and win the League and Munster - you try and win as much as you can, when you can because you play this game to win.”

In 2018 Limerick played Carlow before the quarter final v Kilkenny, but went the direct route this season.

“Last year the extra match helped us so I can’t fault the route we went last year. I am not sure it will make much of a difference because I am sure we will have plenty in-house matches and they are just as competitive as an All-Ireland quarter final,” said Gillane.