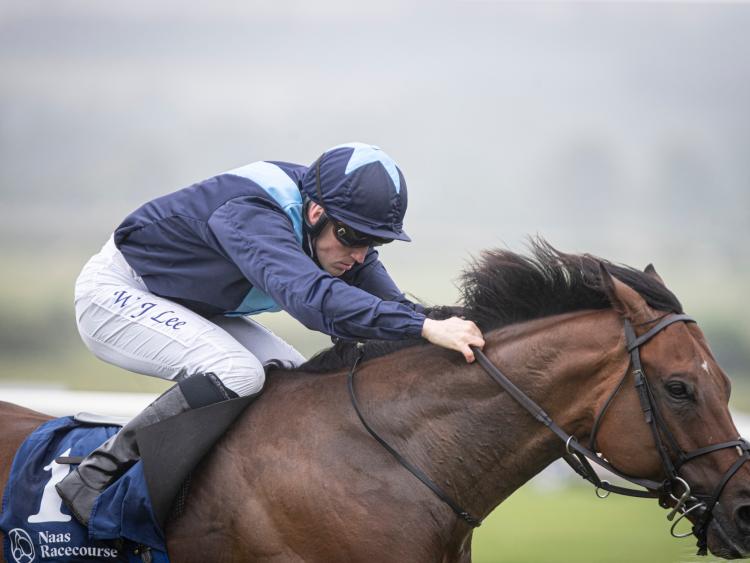 Chris Hayes didn’t enjoy the best of fortune at the Dubai Duty Free Irish Derby Festival but the Shanagolden jockey was back among the winners at Bellewstown on Wednesday night where he won back-to-back races. He teamed up with veteran Curragh trainer Kevin Prendergast to win the median action maiden with the strong 4/6 favourite Sam Langford and followed up on the more locally trained Mokhalad which won the handicap over the same 8f trip at odds of 8/1 for Damian English and owners, the Galaxy Horse Racing Syndicate.

Hayes and Prendergast were on the score sheet once again at the same venue on Thursday evening where Muntahez narrowly won the 9f handicap. A well-backed 7/2 favourite, he scored by a head from the Tom Gibney-trained Imposing Supreme.

Billy Lee was the big winner on the Flat at Tipperary on Thursday where he took the Listed Coolmore US Navy Flag Tipperary Stakes on the visiting Strive For Glory. Backed into 9/4 favourite, Robert Cowell’s charge lost ground when he found himself short of room leaving the stalls but was well on top late on as he accounted for the Joseph O'Brien-trained Air Force Jet by three parts of a length.

Donal McInerney teamed up with in-form Meath trainer John McConnell to win the opener at Wexford on Friday night. Lowtown Charlie ran out the easy winner of the 3m maiden hurdle to give owner Derek Kierans another winner in the week, the 6/4 favourite going clear from the second last hurdle to win by eight and a half lengths from the Gordon Elliott-trained Monition.

Billy Lee’s good run of form continued at Naas on Saturday where he partnered the Ken Condon-trained Aleef to a cosy victory in the 5f conditions’ race. The 9/2 chance beat the Ger O’Leary-trained Aloysius Lilius by a length and three-quarters.

At Limerick on Sunday, Chris Hayes ended the week as he began it, with a winner. He partnered the Madeleine Tylicki-trained Port Lions to land the rated race, the 4/1 chance getting up on the line to pip the front-running Geological. The winning syndicate’s  members include the trainers brother Freddie.