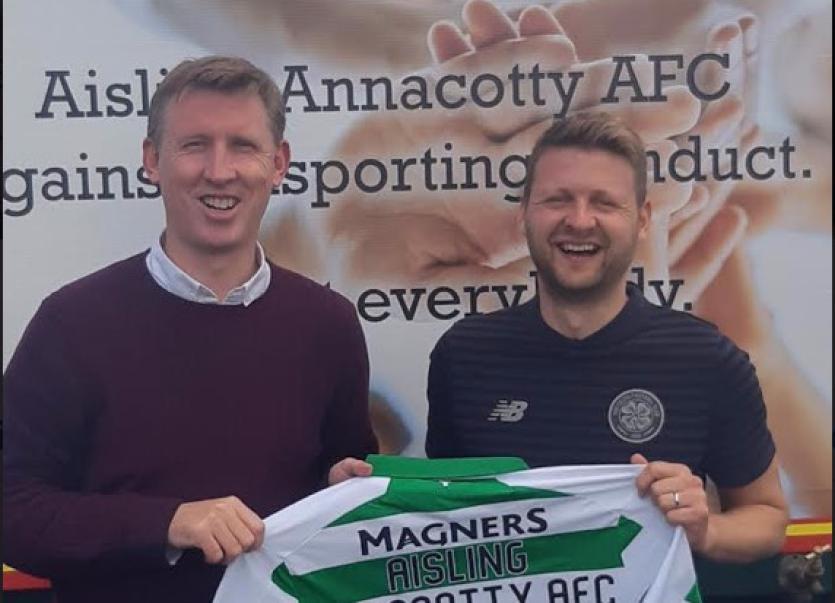 Limerick club Aisling Annacotty have today announced that they have officially partnered with Glasgow Celtic FC and their Celtic Soccer Academy. The programme will see Celtic’s famous soccer academy deliver camps with the Annacotty based club, giving the players an opportunity to attend elite player programmes as well as the chance to travel to Celtic Football Club as part of the overall experience.

The partnership has already seen a great deal of activity. Aisling Annacotty sent 8 players to the Elite Player Programme at Gormanston Park and coaches were very impressed with the attitude and qualities of the players. In addition the International Soccer Academy manager John McStay visited the club and took the U13/14s squad for a session then delivered a coach education presentation to the clubs coaching staff.

Aisling Annacotty Director of Football, Paul Burke said: “as part of our continuing development we are excited to partner with a massive club like Celtic FC as we continue to build a development pathway and enhance the offerings to our players and coaches”. “ We were thrilled to have our players attending an elite camp last week and in turn had the Celtic Academy host a coaching session with our under 13 and under 14 sides this week”

International Soccer Academy Manager John McStay added: ‘It is fantastic to see Aisling Annacotty AFC join a growing number of club partnerships within Europe and we are excited to work with them in the future. The structure and philosophy of the Club was one of the main reasons we have partnered with them to build a long lasting relationship."

Today Aisling Annacotty AFC is one of the largest soccer clubs in Ireland, having in excess of 900 members and fielding teams from under 6 to under 17, youth and adult, ladies and men’s teams.

Burke added “By following an ethos of encouragement, equality and participation, we provide an environment to enable all players to develop their potential. As a club, we are investing a considerable amount of time and resources in developing our coaching programmes for both players and managers”. Embedded in the club is a full time football academy