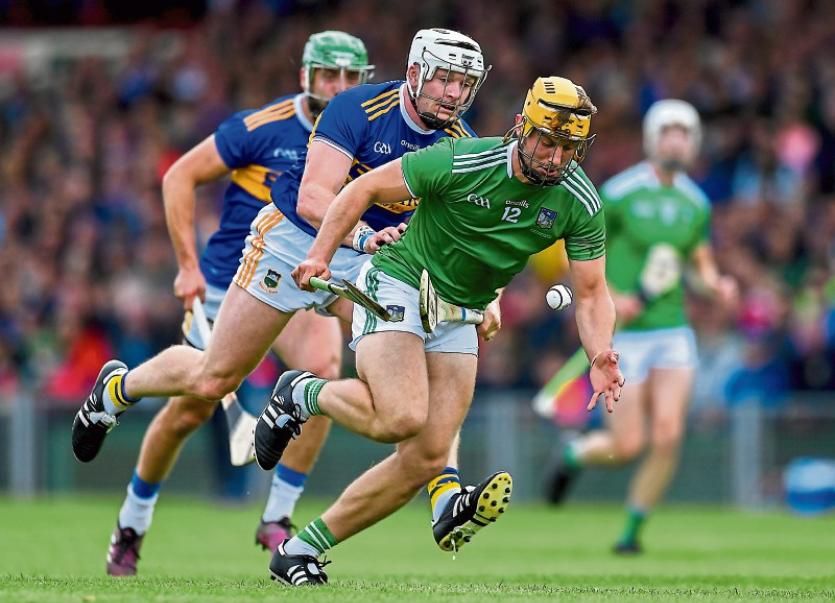 SIX years ago when Limerick ended a 17 year wait for Munster SHC honours Tom Morrissey was among the first pitch invaders. A teenage Morrissey celebrated with Shane Dowling after Limerick beat Cork amid never to be forgotten scenes in the Gaelic Grounds. Last Sunday, Morrissey and Dowling again celebrated amid another Munster Championship winning pitch invasion – this time as team-mates.

The Ahane man and county colleagues are not ready to rest on their laurels just yet.

“We didn’t want to be known as the team that won just that (All-Ireland) - we want to do more like winning the league and winning Munster - we are not finished by a long ways yet,” said Tom Morrissey.

“This is a remarkable achievement for us - to hold all three trophies in hurling at the minute - as soon as I mention that I am almost stuck for words,” gasped the wing forward.

“It’s unbelievable – it’s a brilliant response for us as a group; to come back to this after winning the All-Ireland last August,” he outlined.

Limerick are now back in Croke Park.

“It’s exactly where we want to be - we were lucky enough to get back there for the league final back in April but we wanted to be there in the business end of the year and that’s where we are now. We will enjoy this Munster title for a few days and then go back to the drawing board and hopefully two more games - two huge games and two huge performances for us and hopefully more silverware,” said Morrissey.

A Munster Championship winner at minor, U21 and now senior, Morrissey said that the 2019 provincial final display was “savage”

“Our Munster Championship might not have been as sweet as we would have liked in the round robin series but that performance today was savage from the whole group. Look at the intensity we brought today and that was a totally different Limerick and that’s what we want to be known for going forward - winning trophies with performances like that,” stated Morrissey.

“I know a spectator or neutral might like a tight final but for us the players it’s always nice to have a lead of 10-points going into the final minutes and you can’t switch off but at least be aware of what is around you and enjoy the occasions for those three or four minutes because it was work job by the 70th minute,” he explained.