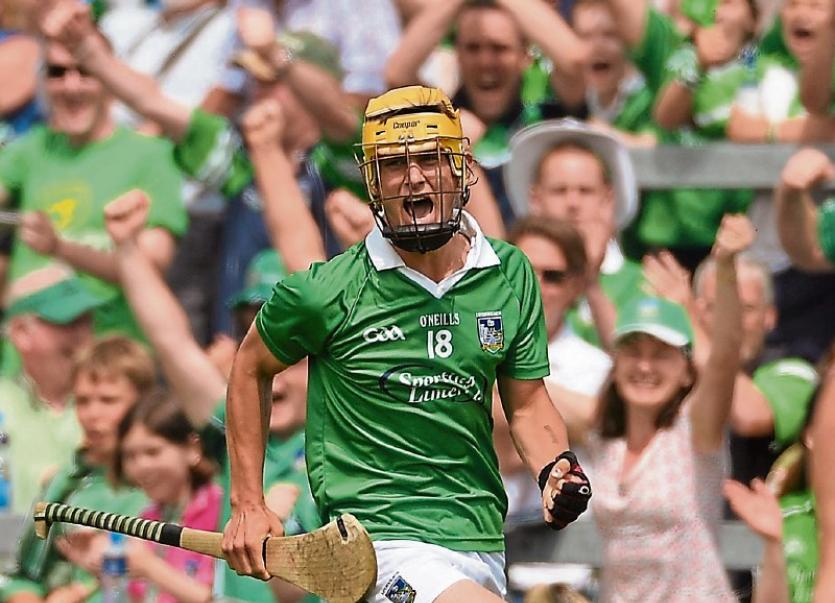 Tom Morrissey as a minor back in 2013

SIX years ago when Limerick ended a 17 year wait for Munster SHC honours Tom Morrissey was among the first pitch invaders. A teenage Morrissey celebrated with Shane Dowling after Limerick beat Cork amid never to be forgotten scenes in the Gaelic Grounds

Back in 2013 Morrissey played in the curtain-raiser with the Limerick minor hurlers. Remarkably 11 who saw action in that minor final won Munster SHC medals last Sunday.

While John Kiely and his senior hurling heroes are rightly getting all the plaudits right now, we must spare a thought for all who have nurtured the hurling talent – from parents, to schools, clubs and county coaches.

The Limerick Underage Hurling Academy goes about it’s work on a weekly basis but all involved, at present and in the past, can take great pride in this golden generation.

Six years ago Tom Morrissey and minor team-mates had heroes and now the next generation have heroes – long may the conveyor belt continue.